This week, hundreds are expected to gather in southeast Louisiana for a reenactment honoring the largest slave rebellion in American history.

The first of its kind demonstration will begin Friday, the Associated Press reported, with re-enactors marching 26 miles along the Mississippi River. They’ll be cloaked in period specific dress and wielding machetes or rifles as they march over the course of two days, ending their journey in the New Orleans suburbs. 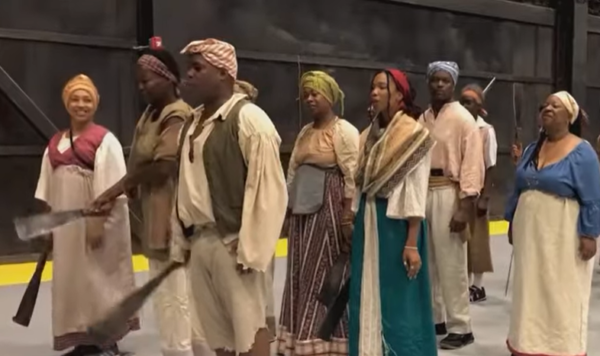 “I think it will be an amazing experience,” artist Dread Scott, who conceived of the project, told the outlet.

“Seeing hundreds of black folk with machetes and muskets and sickles and sabers, flags flying, chanting to traditional African drumming, is going be an amazing moment,” he added. “People would be like, ‘What am I looking at? This doesn’t make sense.’ It will be an area where people can learn a lot and think a lot.”

Scott, whose work addresses racial injustice and oppression, said he first got the idea 8 years ago. Initially, he wanted to recreate Nat Turner‘s 1831 revolt in Virginia before learning about the uprising in Louisiana from a friend.

Enslaved Blacks across a stretch of plantations spent months organizing the rebellion before stepping into action Jan. 8, 1811, the AP reported. Support for their cause grew, with an estimated 200 to 500 people marching for two days.

Their goal? To march on New Orleans and establish a free republic. Dr. Ibrahima Seck, a director of research for the Whitney Plantation, who provided historical advice for Scott’s reenactment, said the rebellion was inspired in part by the Haitian Revolution.

The insurrection ended after a battle between the enslaved and planters, who crushed the opposition, “chopped the heads off of the slaves’ corpses and displayed them along the road” leading back into plantation country, said Daniel Rasmussen, author of  “American Uprising: The Untold Story of America’s Largest Slave Revolt.”

Scott chose to reimagine the bloody ending, however, saying his reenactment will culminate with participants gathering in New Orleans’ Congo Square where slaves would gather on Sundays.

“I’m choosing to focus on a vision of freedom and emancipation,” he explained. 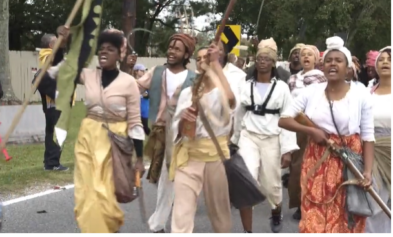 Hundreds of Actors Make Good on Reenactment of Largest Slave Rebellion In U.S. History, But With an Alternate Ending This Video Raises A Serious Question: Were Stories of the Slave Emancipation In America Used To Keep Black People Submissive?