Two young women from Illinois filmed themselves screaming how much they “hate n—–s” and calling for the return of the Ku Klux Klan. Now, one of them is out of a job.

Facebook user Gabbi Goldsborough reshared the offensive video, in which the teens are heard making several racist remarks. Goldsborough identifies the girls in the clip as students Macy Castleman and Jayde Landers. 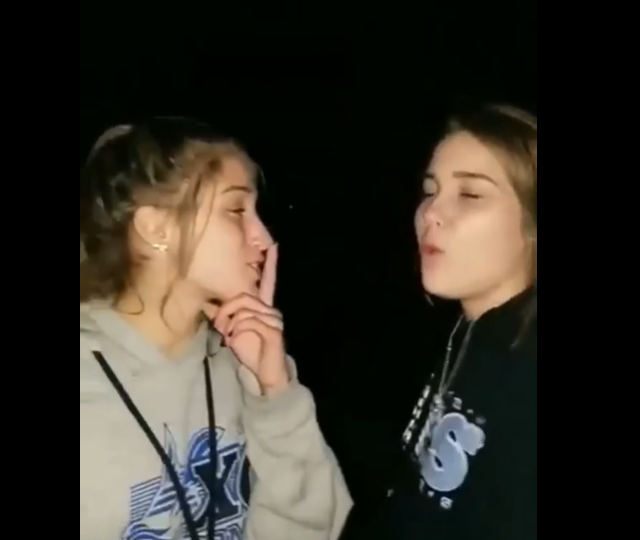 “I love how people sit around & act like racism isn’t still a thing,” she wrote. “U have a lot of explaining to do. you can say it’s an inside joke. or think it’s funny. but it’s not.”

The 12-second clip, posted on Snapchat, begins with one of the girls ranting about how Black people “smell and they don’t work — so we should bring back slavery and whip those n—–s!” At one point, the young women chant in unison “I hate n—–s,” with one of them shouting to “bring back the KKK.”

With a finger over her lips, her friend then whispers: “But some people like Black people sometimes.”

Goldsborough confronted Castleman over the offending video and posted screenshots of their text exchange online. In them, Castleman claimed the footage is from three years ago. According to the timestamp, however, the video was uploaded August 9, although it’s possible the video is indeed old and was only recently shared on the social media platform.

“If I’m being completely honest, I don’t remember that at all,” Castleman told Goldsborough, adding: “I have black people in my family. Clearly don’t feel that way, so you can chill. Also it was an inside joke with my best friend. But feel however you want about it.”

Goldsborough wasn’t buying it and noted that the racist clip was clearly posted 11 hours ago, “so 3 years ago my ass.”

“If you had black people in your family I know for a fact they would not appreciate to hear that come out of your mouth now would they? 🤔,” she continued on Facebook. “And honestly i don’t care when you said it. The n- word still came out of your mouth and there’s no excuse. period.”

According to Heavy, one of the young women is a former student of Auburn Community Unit School District #10 in Auburn. The school addressed the clip in a statement posted on its website Monday, in which it condemned the “heinous” comments.

“[CUSD] Administration immediately commenced a thorough investigation,” officials said. “This process was made more difficult than usual because we were made aware of the video on a Saturday afternoon while school is still on summer break.”

The district determined the video is actually from October 2017, and said that “the individual making the racially charged comments is no longer a student in our District.”

Moreover, one of the young women was reportedly employed by a senior living community in Springfield but has since lost her job.

i love how people sit around & act like racism isn’t still a thing. macy castleman u have a lot of explaining to do. ps: all of my black friends and i have jobs.