Prosecutor-turned-children’s books author Linda Fairstein is facing renewed scrutiny in the wake of a gripping new Netflix series about the Central Park Five case and its aftermath.

The series, “When They See Us,” debuted on Netflix this weekend and was followed by a rallying cry from fans via the hashtag #CancelLindaFairstein calling on retailers like Amazon and Barnes & Noble to pull Fairstein’s book collection from their shelves. 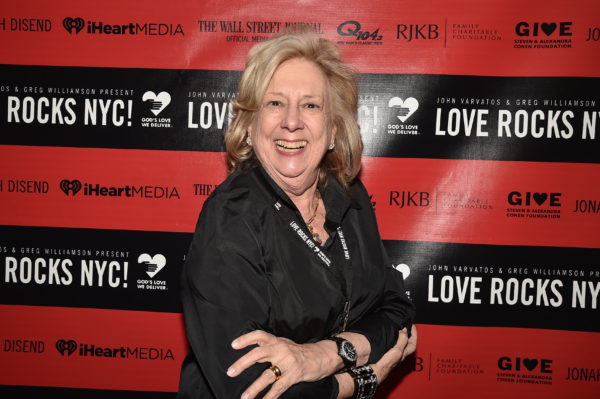 Linda Fairstein, a former New York City prosecutor, was instrumental in coercing the confessions that landed five Black and Latino teens in prison for a crime they didn’t commit. (Photo by Patrick McMullan/Patrick McMullan via Getty Images)

The ex-prosecutor, who’s enjoyed a fruitful career as a mystery book writer, was a lead prosecutor in the case and played a pivotal role in the wrongful conviction of five Black and Hispanic teens in the brutal rape and assault of a New York City jogger in 1989.

“@simonschuster you’d better pull all those books off the shelves that you published by that hideous woman named #LindaFairstein,” wrote another.” “Such an atrocity to human kind. How dare you publish books by such a person, just to make money.”
“Seriously ,@LindaFairstein MUST be held accountable for the innocent lives she deliberately ruined in her quest for fortune and fame,” a fellow critic argued before adding, “#CancelLindaFairstein #WhenTheySeeUs.”
One fan tweeted directly to publishing house Penguin Books, writing: “You must #CancelLindaFairstein. It’s not enough for her books to be boycotted, she must be dropped for her crimes against children!!!!”

“When They See Us” sheds new light on the handling of the infamous case, including Fairstein’s personal involvement in coercing the false confessions that landed the young men behind bars for more than a decade before DNA evidence and a serial rapist’s confession cleared them of the heinous crime in 2002.

Despite this, the acclaimed children’s author has refused to apologize for her role in their prosecutions and remains skeptical that the five men are actually innocent. Moreover, She wrote in an article for the New York Law Journal last year that “the questioning [of the Central Park Five] was respectful, dignified, carried out according to the letter of the law and with sensitivity to the young age of the men.”

Fairstein, who has penned more than 20 novels about a fictional sex crimes prosecutor, had a prestigious award snatched from her by Mystery Writers of America last year following vocal opposition from fellow novelists over her nomination.

Fellow author and Edgar Awards recipient Attica Locke urged the literary group to rescind the award, considering Fairstein “is almost singlehandedly responsible for the wrongful incarceration of the Central Park Five, for which she has never apologized or recanted her insistence on their guilt for the most heinous of crimes — ‘guilt’ based solely on evidence procured through violence and ill treatment of children in lock up.”

Raymond Santana, one of the men tried and convicted in the rape, told TMZ this week he thought the online effort to #CancelLindaFairstein and boycott her books was warranted. Santana, who spent several years in prison for a crime he didn’t commit, said he takes no issue with the renewed outrage.

“When you do dirt, you can’t run,” the exoneree told the outlet. “The truth comes out. And even though it’s 30 years later, she has to pay for her crime.”

“And so whether it’s in the courtroom or socially, it is what it is,” he concluded.