Supporters of R&B artist Keyshia Cole want answers as to why she removed the majority of her pictures on Instagram.

Cole, 36, appears to still be active on Twitter, but not so much on the ‘Gram. Cole’s social media account has only one image posted of herself and her 8-year-old son Daniel Gibson Jr. All other photos of her, her family, friends and boyfriend have been completely deleted. 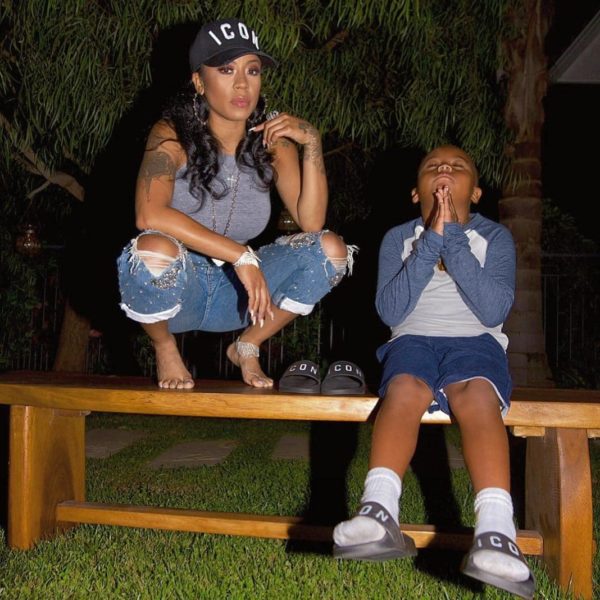 Three weeks ago, fans noticed the “I Should Have Cheated” singer deleted all photos except one of herself and boyfriend Niko Khale, 23. People instantly speculated that the couple called it quits although, neither party has denied or confirmed the allegations. Khale, however, still has multiple pictures of himself and Cole all over his Instagram page.

Instagram followers of four-time Grammy Award-nominated artist have been prodding her, wanting to know why she deleted majority of her images off of the social media platform.

“Keysh where ya pics go?” a second user questioned. “Add the pics back.”

Cole is still very much active and engaged on Twitter, but some people are still speculating that she’s been going through a few hardships. In a recent conversation with a fan, she tweeted that one of her concerts in London has been postponed.

“So none of my friends want to go see @KeyshiaCole with me in London next Tuesday,” the person tweeted. The singer responded back, “That’s ok love, it has been postponed 😓.”

Cole did, however, announce devastating news for a few fans this week by vowing to stop performing for a while.

“After these last like 5 shows I’m gonna stop performing for a short time, to GATHER THIS MUSIC,” she tweeted. “Cause I ain’t just putting out, ANY OLE THING. I still have to focus and think about my words and how I REALLY FEEL.