Former “Love and Hip Hop: Atlanta” star Joseline Hernandez wasn’t shy about her feelings when it came to the father of her 2-year-old daughter Bonnie Bella.

Hernandez and her ex-fiancé, “LHHATL” actor Stevie J. are seemingly not on the best terms in regards to co-parenting their daughter. The 32-year-old mother took to Instagram on Thursday with a sweet picture of she and baby Bella. The mommy and daughter duo were spotted at the Mr. Chow restaurant in Miami, Florida for a “girls night out” at dinner.

Seemingly during their meal, Hernandez and her daughter managed to snap a photo together grinning from ear-to-ear. The mother-of-one shared a “lesson” she learned that day just from hanging with her 2-year-old. “Lesson of the day: Be who you like not who they want,” Hernandez wrote in her Instagram caption.

She then indicated that her daughter baby Bella “don’t need no daddy.”

Fans quickly picked up on the “Puerto Rican Princess'” shade towards Stevie J. and discharged their mixed reactions.

“Exactly!” one fan exclaimed. “I’m a single mom too and I’m doing a great job all by myself. You don’t need bummy J!❤️👏”

“You don’t need the daddy but your daughter need and wants her daddy,” another added. “Don’t put that baby in the middle. @hitmansteviej_ needs to be a dad!’

“Joseline keep doing what’s best for you and the little one 😘,” another user wrote. “But don’t let @hitmansteviej_1 off the hook for being a deadbeat!”

Hernandez and Stevie welcomed their daughter together in December 2016. Their relationship had ended months before the 32-year-old gave birth to their daughter. The former couple had been dating off and on since 2012 and were even engaged for a while until both parties accused one another of cheating. 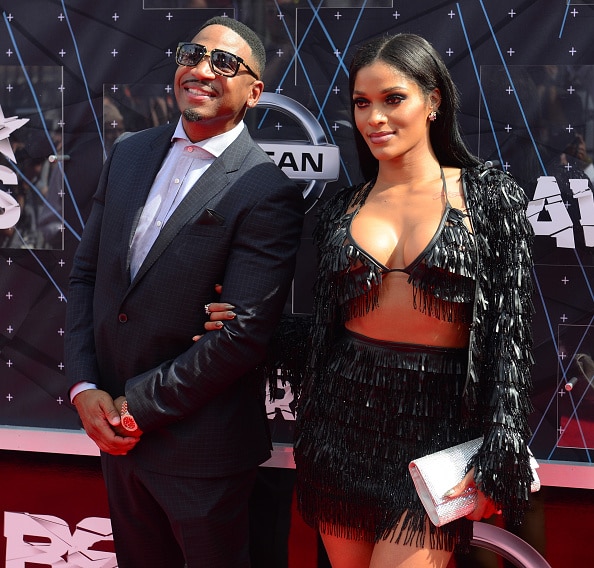 In 2017, Hernandez and Stevie J. engulfed into an unpleasant custody battle over the 2-year-old before finally settling the case in April 2018. Both parents were awarded custody of their daughter, but Hernandez was given primary physical custody.

Stevie was forced to pay his ex-fiancé $1,000 a month for child support, which Hernandez claimed in September 2018 he stopped doing. She told Bossip during an interview while referencing Stevie, “You haven’t paid child support in about eight months.” She added, “Everyone knows that my baby daddy denied my daughter. A person that denies a 99.9% bloodline, how dare you believe them!”