Most times people celebrate someone who’s ambitious, but that wasn’t the case for the Canadian rapper Tory Lanez. On Monday night, Jan. 28, Lanez went on Instagram Story, and made it clear that he’s very interested in Taraji P. Henson.

“This prolly won’t happen,” he wrote. “But I just need one chance with @tarajiphenson. I’ll change her life. Be singing to her every night.” 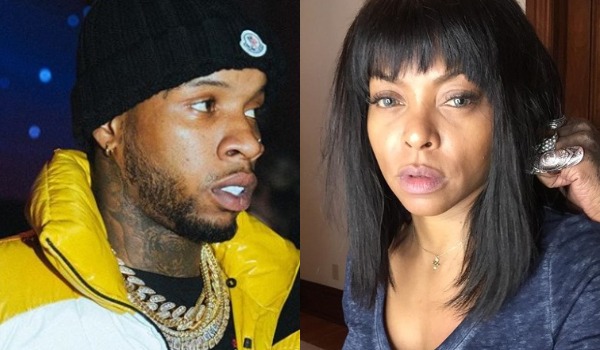 The thing is, Henson is engaged to Kelvin Hayden, a former NFL player who played for the Indianapolis Colts, the Atlanta Falcons, as well as the Chicago Bears, and people clowned Lanez for shooting his shot.

“My whole thing is one he’s laughing two he’s ugly three she’s soon to be married tf,” another person wrote.

“Someone seeking attention this week,” a third person chimed in.

The last comment had to do with Tory making headlines this week, as well as last week, for calling out a bunch of rappers.

Through social media, he sent challenges to Pusha T, J. Cole, Eminem, and he got into a song battle with New York rapper Don Q. This was after Tory claimed to be “The greatest rapper alive,” something he tweeted on Jan. 23.

Three days after that, Don Q dropped the Tory diss song “I’m Not Joyner,” the title being a reference to Massachusetts rhymer Joyner Lucas, who battled Tory in November 2018. Tory then responded to Don with the song “Don Queen” on Jan. 28, and the New York rapper hit back the following day with “This Is Ya King.”

Henson hasn’t responded to Tory’s shot, and, meanwhile, he keeps getting skewered online.