Shaquille O’Neal has a new woman in his life, actress Annie Ilonzeh, who he was seen strolling in New York City with this past weekend.

According to IMDb, Ilonzeh’s resume is pretty extensive. She’s been on shows like “Empire,” “Person of Interest,” “Chicago P.D.” and was recently made a series regular on “Chicago Fire.” 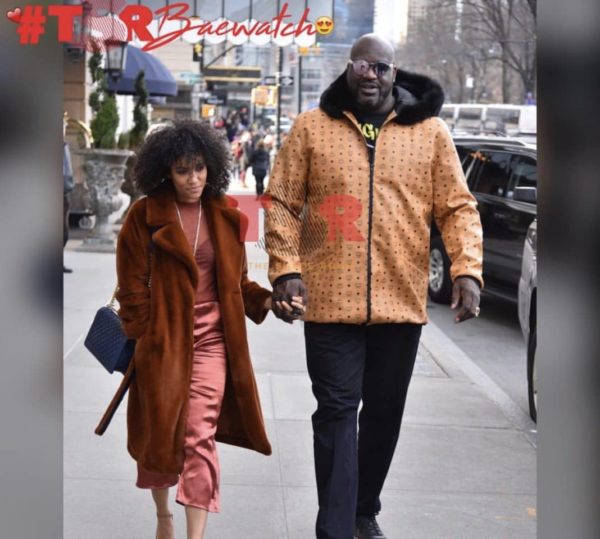 Ilonzeh, who’s 36 to Shaq’s 46, also played the part of Kidada Jones in the Tupac Shakur biopic “All Eyez on Me.” She grew up in Grapevine, Texas as well.

Neither Shaq or his new woman have posted photos of their union on social media, and no one really knows how long they’ve been dating.

Some of the women Shaq has dated in the past include model Laticia Rolle in 2017, who he was rumored to be engaged to. He also dated Nicole “Hoopz” Alexander from “Flavor of Love” fame between the years of 2010-2012 and was married to “Basketball Wives” executive producer Shaunie O’Neal from 2002-2009.

Meanwhile, Shaunie has been posting about relationships over the past couple of weeks. On a Jan. 13 Instagram post, Shaunie posted a meme about how women ignore the warning signs after praying for clarity about a relationship. She admitted to questioning the sign herself. “Wait, was that a sign? Ok God can you show me 1 more then I know fr fr SMH.” Then on Jan. 19 she shared a message from Snoop Dog agreeing she’ll only get in a relationship or friendship if there’s mutual support. “If we can’t help each other win, I don’t want the relationship, the friendship or the association,” she wrote.

“AMEN!! No negativity or losers needed here!! Straighten up my crown if it’s tilted and let’s make positive moves and vibes,” someone wrote.

Shaunie dated “Straight Outta Compton” a tort Marlon Yates Jr. from 2010 to 2016. She introduced fans to him in the second season of “Basketball Wives.” The executive producer revealed the relationship was over during season five reunion.