Joe Budden said he was about to issue a beat down to a hospital security guard, and it was all caught on video.

The rapper posted the exchange on his Instagram Story, which surfaced on Friday (Jan. 25) and it happened outside of Hackensack University Medical Center in Hackensack, N.J.. The footage picks up with the guard accusing Joe of being a patient. Joe was smoking a cigarette at the time. 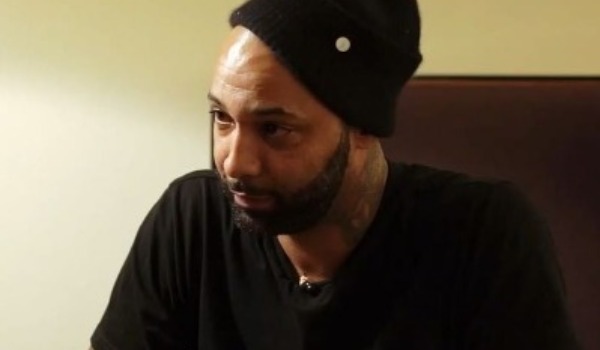 “Do you want to get out of the street?” the guard asked,” who the podcast host referred to as “Wypipo” in the caption of the clip.

“No,” Joe replied. “I’m in the street. This is the street with my cigarette. Now why are you standing here?”

“Because I think you’re a patient of this hospital,” the guard said back.

“You can think whatever you want to think,” Joe then stated.

From there, another guard walked over to seemingly calm the situation, and he asked Joe if he had a hospital wrist band on.

The former “Everyday Struggle” host then blasted the first security guard and said he never asked him for his wrist band. Plus, Joe told the man that he doesn’t know “How to do his f—ing job,” then revealed that he wasn’t a patient at all.

From there, the Jersey native said the second guard spoke to him respectfully but the first guy didn’t, which is why Joe got upset.

“When you talk to people respectfully, you get calm answers,” said the “State of the Culture” star. Had he not been here … something different might’ve happened.

“Good thing it didn’t,” the guard shot back.

“For you, for you,” Joe answered. “And if he talks like that to me again I’ll beat his f—ing ass.”

From there, the second guard told Joe that it’s illegal to smoke on hospital grounds.

The law bans smoking in “all indoor workplaces open to the public,” including healthcare facilities, nursing homes and addiction treatment centers.

You can see the exchange below.

#PressPlay: They messed with the wrong one!! 😩 #JoeBudden