Earlier this week, after the conclusion of the docu-series “Surviving R. Kelly” that focused on the many sexual abuse claims surrounding the singer, Cook County State’s Attorney Kim Foxx made a plea for victims to come forward. 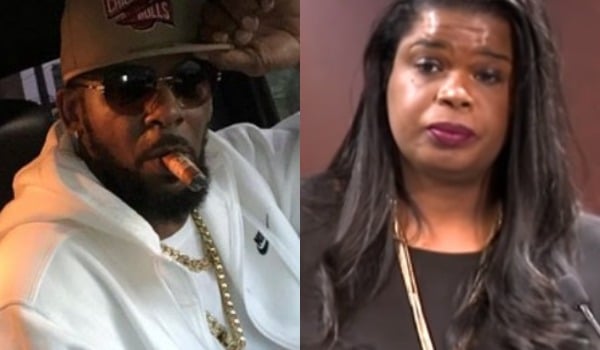 “Please come forward,” said Foxx in a Tuesday, Jan. 8, news conference. “There is nothing that can be done to investigate these allegations without the cooperation of both victims and witnesses. We cannot seek justice without you. We need actual witnesses and victims to have the courage to tell their stories.”

Foxx said she’s received phone calls from some of the alleged victim’s family members over the last couple of years, and the two women who’ve recently called gave their accounts on Wednesday (Jan. 9).

According to the Chicago Sun-Times, neither of the women live in Chicago but the alleged crimes took place inside the city, one in the mid-’80s in a residence and the other in 2002 at the singer’s recording studio. Both women phoned after they saw Foxx’s plea and left their personal accounts on voicemail.

Additionally, one of the women, who said she was victimized at the singer’s studio, ran away from Georgia to be with him. The other woman is from Chicago but now lives in Detroit and claimed the incident occurred at her grandmother’s house. This is the first time both women have reported the alleged crimes to authorities.

Others have responded to the state’s attorney’s plea, but it’s not clear how many.

“We can confirm that the office has received calls related to this matter,” said Tandra Simonton, a spokeswoman for the state attorney’s office. “We are in the process of reviewing and following up on these calls and have no additional information to provide at this time.”

Foxx’s office also met with two families who live in the Chicago area who claim their relatives cut off contact after being influenced by Kelly to live with him.

“Mr. Kelly did not sexually abuse anybody at any time, not when he was in high school and not after,” said Steve Greenberg. “I don’t think Kim Foxx should be giving any legitimacy to reality TV allegations. The lead prosecutor should be silent until there’s evidence. … She essentially went up there and said, ‘We have no evidence of a crime, but if someone would like to make something up, please call us.’”