Chris Brown and his daughter Royalty were hanging out together, and fans got in on the action. Brown and his 4-year-old daughter are seen in the photo outside of a home with their hands up. His caption said, “She told me I better smile 😂.” 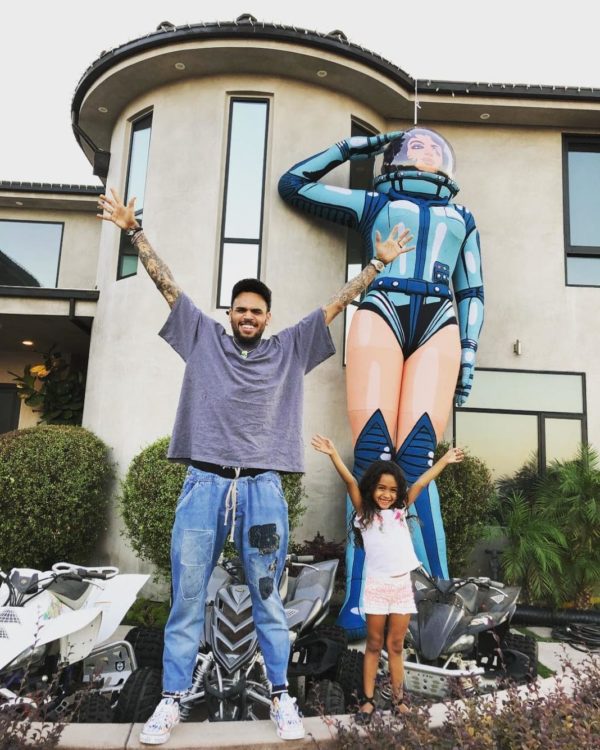 Fans flooded the singer’s comments raving about their daddy-daughter moment.

“Lovely! I wish to have a child soon”

Others got in digs about Brown’s legal issues.

“You are really a awesome father, better than the mother to me. You might as well have full custody of your child since you’re paying a check for child support for a child you clearly take care of. I salute you because you’re better than some fathers out here. 💪”

Chris Brown shared the lovely picture with his daughter despite bumping heads with the child’s mother in court for child support. People magazine reported that Nia Guzman is now asking for more in court for child support. Brown was already paying $2,500 per month, but after he brought in $4,269,067 in the past two years Guzman is asking for $18,336 per month. Guzman’s attorney Lisa Bloom told the magazine, “We fought for Royalty and I’m pleased that we won an increase in child support at a hearing last week doubling the support to $5,000 per month.”