The California man charged in the fatal stabbing of 18-year-old Nia Wilson could face the death penalty, thanks to a special circumstance charge tacked on by the Alameda County District Attorney.

John Lee Cowell, 27, was arrested at a Bay Area BART station one day after police say he slashed Wilson’s throat at the MacArthur Station in Oakland on July 22. Cowell is charged with murdering the young woman and attempting to murder her sister, Letifah Wilson, 26, during the stabbing attack.

Per the San Francisco Chronicle, prosecutors on Wednesday added a special circumstance of “lying in wait” to the charges against Cowell after a lawsuit brought by the family says BART failed to take action when the suspect allegedly jumped the turn-style to avoid paying the train fare. Lawyers argued the agency should have known Cowell was a danger to passengers, as two other riders had complained about his behavior just days before the deadly attack.

The added charge could make Cowell eligible for capital punishment.

Before the new allegations, Cowell faced a life sentence if convicted on any of the charges  against him. BART police still haven’t determined a motive for the stabbings of Wilson and her sister, saying the attack appeared to be random.

“What the family wants to do with this lawsuit, one of the main things, is make BART safe for everyone,” family attorney Attorney Robert Arns said at a news conference. “Nia, in her short life at age 18, she wanted to save lives … her death isn’t some horrific anomaly that occurred in two seconds that nobody could do anything about.

“There’s a serious and endemic public safety problem on BART and just about everybody who rides BART knows that,” he added.

The lawsuit is now pushing for BART to implement better security measures in place to keep people from sneaking onto the train without paying, FOX 2 reported. Arns and his team of lawyers are also trying to draw a connection between fare evasion and crimes committed on public transit. He said Cowell had been cited for fare evasion at least once before, adding that two people called his office after Wilson’s slaying claiming Cowell threatened them on BART days before the July 22 killing.

“If BART stopped criminal fare evaders, Nia would be alive,” Arns said. “What is the standard for BART? That they must use the highest care to protect passengers from assault.”

Moreover, the claim seeks to create a BART institute a program called the Nia Wilson Crime Statistics Notice, which will display crime data for the last four years at each BART station.

If the claim moves forward, the suit will be filed in Alameda County Superior Court, according to the station. 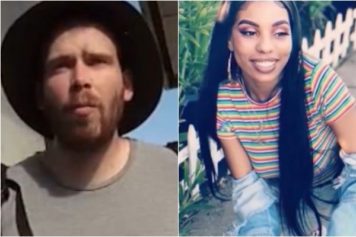