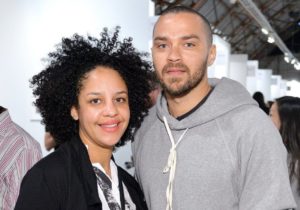 “Grey’s Anatomy” star Jesse Williams’ “extraordinarily high” monthly salary has resulted in a judge signing off on an increase in fees he’ll have to pay to his estranged wife, Aryn Drake-Lee.

On Tuesday, a court ruled the activist, who, filed to divorce Drake-Lee in April 2017, must pay $50,629 in monthly child support on top of $270,000 in legal fees to his soon-to-be ex-wife, according to The Daily Mail. The court ruling said Williams’ child support payments will begin on July 1 thanks to his $521,000 a month income. He was previously ordered to pay $50,000 in spousal support.

After a judge signed off on the child support payment in January, Drake-Lee requested it be bumped up to $73,369. Williams argued that he should only have to pay for third-party items like school tuition, uninsured medical costs and other expenses so that the “the reasonable needs of the children can be met.” Those costs total $7,465 according to Williams’ documents.

Despite that, the ruling noted child support was meant to keep up the kids’ needs with respect to their right to “share in a lifestyle and condition consistent with their parents’ current station in life.”

If Williams didn’t make payments directly to Drake-Lee, it argued, the reasonable needs of 3-year-old Maceo and 4-year-old daughter Sadie wouldn’t be met since they spend the majority of custodial time with their mother.

As for paying Drake-Lee’s legal fees, Williams has already funded $110,000. However, the judge ordered him to pay an additional $160,000 for fees associated with attorney costs and forensic accounting.

In June, Williams hit back at his estranged wife’s “absurd and greedy” request for increased child support.

“We agreed that our children should live a simple life without wasting money on the extravaganza,” he had said in court documents. “A constant theme throughout our divorce proceedings has been Aryn marginalizing me as a father and frustrating my custodial timeshare with the children.

“Aryn continues to engage in this type of behavior and punish me for having a career and working hard to provide for our family,” he added.

And while the current order is temporary, many men are fired up over the judgment.

“I don’t care how unpopular the opinion is, Jesse Williams paying THAT much for child support a month is a damn crime.”

“Jesse Williams gotta pay close to $1.2M in child support a year until his kids are 18…….OOOOOOHHHHHHHHH MY STOMACH!!!!!!!!”

This Jesse Williams news is about to rile up “Chile support is oppressive” Twitter and have the TL arguing pic.twitter.com/GS4HKcavx1