The single mom of two instead posted a memo on Instagram Live Sunday dissing the men for allegedly not paying child support. Insiders told TMZ Tuesday, that Kardashian believes the post was made just to urge him to take aim at her on his own accounts. However, their custody agreement over Dream states neither can trash talk the other online.

Aside from this, however, no drama has been erupting between the formerly engaged couple. However, Kardashian moved to have his $20,000 monthly child support payments lowered, citing the fact that he doesn’t have any income. The “Keeping Up with the Kardashians” star also said the amount isn’t accurate for his ability to pay.

“Rob spends a lot of time with Dream and he is a great dad. He really wants to give his daughter the best life,” a source told People magazine in March.

As for Chyna’s beef with Tyga, the pair has gotten into it over his parenting. In 2017, Chyna went on a Snapchat rant claiming the rapper isn’t there for their son, King Cairo.

“Tyga is frustrated and upset that, because of Chyna’s big mouth, people think he is a deadbeat dad,” an insider told HollywoodLife.com at the time. “Tyga doesn’t pay child support because Blac never asked him to and never took him to court over it. She is successful on her own and money has never been an issue for her since she had King.

“Tyga is angry that, because of Blac’s Snapchat rant, once again people think that he does not pay his bills, which simply is not true in this case,” the insider added. “King has always been taken care of and always had all his needs met by both Tyga and Chyna.” Rapper Tyga Launches His Own Virtual Restaurant and Chicken Bites to Help U.S. Eateries During the COVID-19 Pandemic 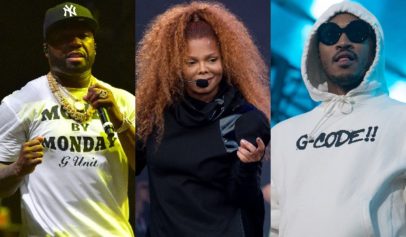