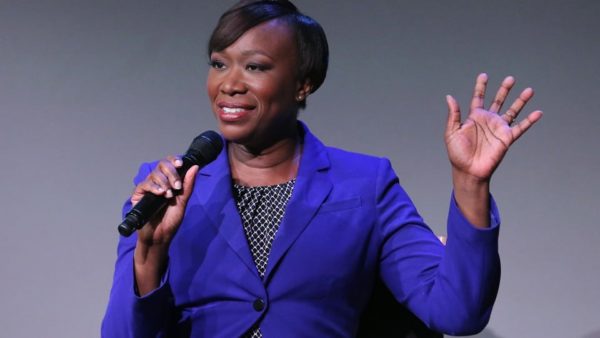 TV host and journalist Joy Reid, remains in hot water due to old blog posts with homophobic comments and now the column she writes with The Daily Beast is currently suspended.

Executive editor of the website Noah Shachtman, released a statement to staff members in an email on Wednesday (Apr.25) after the company’s choice to conduct an internal investigation, The Wrap reported.

“We’re going to hit pause on Reid’s columns,” Shachtman stated in the email. “As you’re well aware, support for LGBTQ rights and respect for human dignity are core to Daily Beast. So we’re taking seriously the new allegations that one of our columnists, Joy Reid, previously wrote homophobic blog posts during her stint as a radio host.”

“Obviously, this is a difficult situation,” the editor added. “We’ve all said and done things in our lives that we wish we hadn’t done. We deserve the room to grow beyond our past. But these allegations are serious enough that they deserve a full examination.”

The controversial remarks made on Reid’s former blog resurfaced last week and were posted on Twitter. The comments included were about former Supreme Court nominee Harriet Miers having “lesbian hair” and her disapproval of two men kissing.

Reid denied the allegations and told Mediate, ” I began working with a cybersecurity expert who first identified the unauthorized activity, and we notified federal law enforcement officials of the breach… The manipulated material seems to be part of an effort to taint my character with false information by distorting a blog that ended a decade ago.”

The MSNBC news host suggested that her blog was hacked. However, social media users scrolled back to 2010 and showed tweets posted by Reid reflecting the alleged offensive comments.

Reid remains still employed by MSNBC amid the controversy.