An eight-year-old tweet Kevin Hart posted has returned to bite him after Black Twitter users took issue with his colorism joke.

Somehow, Twiter users got a hold of the post and it went viral, with the first few responses under Hart’s “Yeah it’s Saturday…”

This is what you’re teaching your daughter about the skin she’s in? pic.twitter.com/f0RKMgTgyc

Have a great day Kevin 😘 pic.twitter.com/fQDJi9KpF3

“When Kevin Hart wrote this, his dark-skinned daughter was around 5 yrs old & he was married to a dark-skinned woman,” someone tweeted. “Think about what type of self-hating, emotionally, abusive asshole you have to be to write this knowing that every woman in your life was dark skinned.”

“W_0_w I have definitely lost all respect for Kevin Hart…got the nerve to say all dark-skinned women have bad credit,” another said. “…YOU SIR ARE A CERTIFIED COON!!!….Like he perfect…#FOH.”

“@KevinHart4real deleted the tweet like we ain’t got screenshots 🙄Your DARK SKIN ex-wife was the one who held you down when you had nothing, you short bastard 😡,” another fired off.

And although the comment has been deleted and the remark was cast off as a joke, that did little to quell the commotion.

“Because regardless of what Kevin Hart looks like, jokes like that normalize colorism,” someone said. “When people make fun of dark skinned women and people laugh in response, it makes everyone more comfortable with tweeting DSBW like s— in our personal and professional lives.” 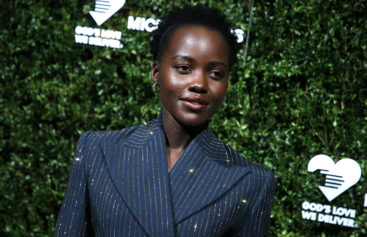