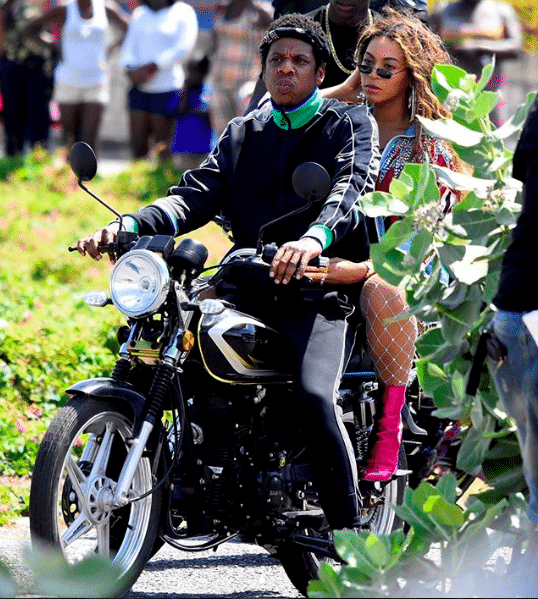 The Grammy award-winning couple Jay-Z and Beyoncé put all there fans in a frenzy when they dropped tour dates for “On the Run II.” Now they’ve surprised their Jamaican fans.

Bey and Jay were spotted in Kingston, Jamaica with their video crew. The couple was seen on a motorcycle with the “Hold Up” singer wearing white fishnets and pink boots, and Jay-Z in a green and black Puma jumpsuit. The people of Trenchtown, Kingston was overjoyed to see the music icons.

According to Entertainment Tonight, the couple was in Jamaica to shooting video and picture content that will be used on the tour.

The couple first officially announced that they were going on tour on Beyoncé’s Instagram after Ticketmaster accidentally posted it a week before. The couple has decided to add additional dates to the tour calendar. They seemingly added an extra day in the cities that were already sold out.

The dates that have been added are: