Chana Garcia said i was disheartening to find out ha she didn’t have any Mexican roots. (Image courtesy of Huffington Post)

A woman looking to uncover her ancestral roots says her DNA test results were enough to make her rethink her entire racial and genetic makeup.

In a piece for the Huffington Post, guest writer Chana Garcia said her identity as an Afro-Mexican was called into question after genetic testing revealed she nor her cousins had Mexican roots. The startling revelation came after her Uncle Tony, 68, submitted a sample of his DNA as part of her niece’s school project last summer, sending the family into a tizzy.

Garcia explained that her father Joe, 71, and her uncle identify as African-Americans, as they were raised by a Black mother in rural Maryland. Their father, however, was believed to be of Indian-Mexican descent, hence the surname “Garcia.” But a breakdown of Garcia’s uncle’s DNA showed he was more than 70 percent African and about 20 percent European.”

“‘No Spanish! Not one drop!’ texted my cousin Tony, an attorney in Baltimore and Uncle Tony’s son, referring to the fact that we apparently had no Mexican roots,” Garcia wrote. “As if we’d all missed that part.”

“How could I be a Garcia with no Hispanic heritage?” she added. “It didn’t add up, and that felt deeply unsettling.”

After a lifetime of being told her paternal grandfather, “Injun Joe” Garcia, was an Indian-Mexican and it turned out not to be rue, Garcia had her own DNA tested, thinking maybe her father and uncle had different dads. Her results mirrored her cousin’s however: zero Mexican heritage.

Adding to the shock of it all, Garcia said a newfound relative reached out to her via the DNA testing site, sharing a story that helped her make sense of the chaos she and the family had just been subjected to.

“I knew Joe Garcia well,” said her 86-year-old cousin Dolores Carter, who is African American. “He named himself Garcia. His real name was William Worthey, and he wasn’t Mexican.”

“Uncle Joe was my mother’s uncle, and he was ugly,” Carer added. “Not a bad-looking man, but ugly inside. He was a gambler, and he was mean. Violent, too. He was always fighting, and he beat any woman he had, including your grandmother, Margaret.”

It turns out Garcia’s grandfather was a man on the run and likely changed his name/identity as a way to evade the authorities. The more she learned, the less she wanted to know, she wrote. Garcia acknowledged her Hispanic lineage made her feel special and set her apart from the “Smiths, Browns and Jacksons” she grew up with in her largely Black community.

“Will Worthey gave me something really special when he assumed the name Garcia and passed it along to his sons,” she wrote. “He gave me a lineage. In a cruel twist, it was completely fabricated.”

Garcia’s story sparked discussion among readers, some who debated whether Hispanic/Latino is considered a race as well as the origins of the name Garcia.

“Before she embarked on her ultimately disappointing search, she should have known that ‘Spanish’ or ‘Hispanic’ is not a race, it is a cultural ethnicity,” one commenter wrote. “Hispanics can be of any race or combination of races.”

“I think the point she was getting at is that she doesn’t have any Spanish origin,” another replied. “In order to be Hispanic you would have to be of Spanish decent even if you are a mixture of races.”

“Spain is in Europe so the 20% European ancestry could have been from Spain,” noted another. 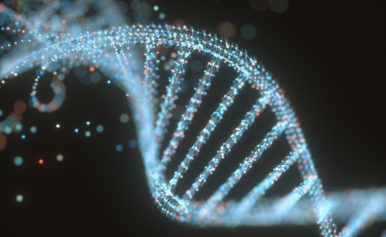