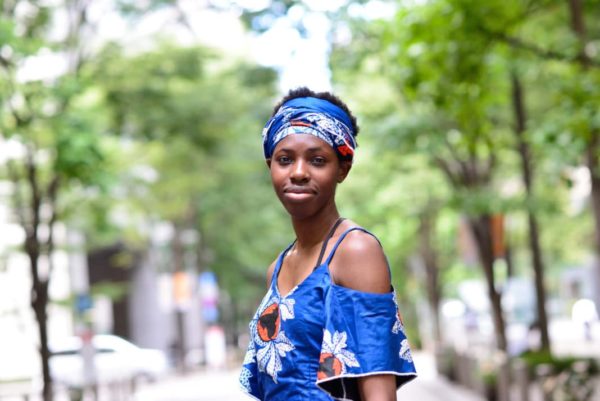 Africa: Motherland of Misconceptions
Africa: Our Motherland, Our Misconceptions
One three centuries removed
From the scenes his fathers loved,
Spicy grove, cinnamon tree,
What is Africa to me

Although Harlem Renaissance poet Countee Cullen wrote “Heritage” in the 1920s, the central question of the poem — “What is Africa?” — has spanned centuries. While ancient Greeks like Herodotus spoke favorably about Africans, as Dr. David Olusoga from the University of Nottingham wrote in The Guardian, with the advent of the slave trade Europeans began to view Africa “through the distorting veil of racism and racial theory.” Although American slavery ended more than 150 years ago, the negative views of Africa remain. Indeed, the current White House resident recently commented in a vulgar fashion that America needs fewer immigrants from Africa and more from places like Norway.

After so many years, why do negative beliefs and perceptions about Africa persist? Moreover, how do these harmful stereotypes influence African-Americans?

American media shapes perceptions of Africa in a variety of ways. In fictionalized portrayals, films such as such as “The Gods Must be Crazy,” “The Air Up There,” and others portray Africans as happy, simple people living in humble conditions. Often, but not always, these films will feature a white protagonist that arrives and battles through his befuddlement with the backward nature of the Africans and manages to teach them to be better. Although there is nothing wrong with happiness or humility, portraying Africans in this manner makes it appear that they have neither intellect nor agency.

Other portrayals of Africa focus heavily on the negative aspects of life on the continent such as poverty, war, famine, corruption, and other ills. Award-winning films such as “Hotel Rwanda” and “The Last King of Scotland” serve to reinforce the idea that Africa is a land of chaos and confusion.

Unfortunately, the news media also promotes negative views of Africa. While fictional portrayals may be easily dismissed as flawed or embellished, due to its position as the authority on what is true, depictions of Africa in the media carry significantly more weight.

Authors from Nnamdi Azikiwe University in Awka, Nigeria, wrote, “Obviously, any media has every right to report Africa’s problems to the world. But if the reports are focused mainly on the negative, it is not fair; it is simply a disaster. And what the western media report about the developing world in general and Africa in particular tends to be disgustingly skewed and ever focused on the negatives.”  Janeske Botes, author of “The Hopeless Continent?” studied representations of Africa in two western publications (Time, The Economist) and one African publication (Financial Mail) over a two-year period.  She concluded, “This analysis finds that negative, stereotypical representations dominate the coverage of Africa in Time, The Economist and Financial Mail. These representations focus on framing Africa and its countries as crisis-ridden, censored, doomed, dark and diseased. One African country or leader is often used as the example of these representations, implying that all African countries and leaders exhibit the same characteristics.” While Botes found “very few positive representations,” those rare positive reports were found in Financial Mail.

Regrettably, the negative attitudes about Africa are not just harbored by filmmakers or journalists. Normal Americans — including African-Americans — hold negative views of Africa as well. Dr. Adaobi Iheduru, a licensed clinical psychologist whose clinical and research interests focus on refugee, immigrant and minority mental health wrote her dissertation on the relationship between Africans and African-Americans. In an interview with Atlanta Black Star, Dr. Iheduru confirmed that misconceptions about Africa continue to flourish. “The biggest misconception that I have encountered personally and in my research is the general perception that Africans are primitive and uneducated. Also, the term ‘Third World’ is frequently utilized when referencing Africa which, also implies a lack of modernization and progressiveness.”

When asked what she has been most surprised to find, she replied, “The main thing that I have found is the limited awareness of the industrialization and progress that does exist on the African continent. It is unbelievable in these times to hear people still ask if there are cars and real houses, not huts, in Africa and if there are wild animals everywhere.”

Paul Robinson, a Washington-area attorney who has traveled to South Africa several times as a study abroad student and a performer with Step Afrika, discussed his experiences with ABS. Robinson stated, “A lot of people assume that Africa is a continent of monolithic people. I myself mistakenly thought South Africa would be a homogenous (Black African) culture. There are a multitude of languages and cultures just within South Africa.”   He added, “I was really surprised to learn how similar South Africa’s major cities are to major cities in the United States, at least in regards to climate and skyline. Capetown is very similar to San Francisco. Durban is very similar to Miami. Johannesburg and Pretoria bring to mind New York, Chicago, and Washington, D.C. Also, South Africa has its own ‘HBCUs’ that played key parts in South Africa’s civil rights struggle, like University of Zululand, University of the Western Cape, and the University of the North.”

When asked about the accuracy of the media’s reporting about Africa, Robinson said, “The media tends to portray Africa as a rural place of widespread poverty. There is definitely poverty, but, unfortunately, there is poverty here in America as well. Most media portrayals don’t discuss the role Western countries play in poverty throughout Africa.”

Why should African-Americans care about how Africa is portrayed? Dr. Iheduru explained as follows: “The portrayal of Africa, particularly in U.S. media, is frequently inaccurate. It portrays the continent in a way that is unappealing to people. For African-Americans, there is a historical connection to Africa, so it’s important to have an accurate view of where one’s ancestors come from. It enriches the perception of self. Research shows that one’s ethnic and cultural identity can get strengthened with a stronger connection to their ancestral heritage.”

In an interview with Atlanta Black Star, Dr. Joseph F. Jordan, director of the Sonja Haynes Stone Center for Black Culture and History at the University of North Carolina at Chapel Hill, was asked how the negative depictions of Africans impact African-Americans. Dr. Jordan replied, “One only needs to hear statements like the now famous phrase ‘gorillas in the mist’ that was uttered by police who participated in the Rodney King incident or the ubiquitous shouts from right-wing racists who shout ‘go back to Africa’ to African-American demonstrators. There are other examples, but African-Americans can’t be said to be understood as completely separate from the continent, and they shouldn’t want it to be thought that they [are]. What they should be concerned about is the assumption that the relationship denigrates both their community and their brothers and sisters on the continent.”

When asked what African-Americans could do to change the perception of Africa in the United States, Dr. Iheduru said, “It is important to seek out accurate information regarding the African continent rather than accepting what is provided in the media. It does require intentionality and take a little bit more work, but it’s important to take the initiative to do independent research. Engage in thoughtful and meaningful conversations with those who might know more than you, such as experts, educators, travelers, and natives of various countries. It can truly be an empowering journey of education and self-discovery with incredible benefits to the African-American identity.”

Robinson offered another suggestion: “Get a passport! Visit African countries, whether for outreach, business, or vacation. Your life will never be the same. And challenge negative portrayals of the continent, no matter where such portrayals originate.”