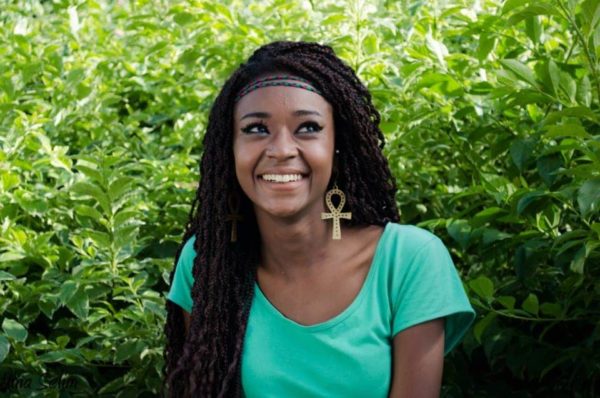 29-year-old Fatima Ali is bravely calling out the rampant racism in Egypt and the Arab world against darker-skinned Africans. The former Miss Sudan beauty queen turned author is planning to share her experience in her book titled, “Diary of a Black Girl”. She recounts the numerous amount of times she’s been harassed, discriminated against, and unfairly treated by both men and women in Cairo.

Ali has lived in Egypt for the majority of her life, moving to the country at nine months old. She tells Al-Monitor about the daily provocations she endured, “At some point in my life in Egypt, I grew fed up with the daily negative comments that I hear from people on the streets about my color.” In response to the treatment, Ali decided to launch a website, Black in Egypt, to detail her experiences. “That is why I decided to set up a site where I can vent my anger on prejudice and discrimination against black people in the country,” she added. The new book will be a collection of her experiences detailed on the site.

One of her posts describes being compared to “the night”. “It is as if those with black color have been destined to be ugly, and I broke the rule,” she wrote.

Ali’s story has encouraged others to come forward and share their encounters too. “The book has been a plan of mine, and I hope it gets out and impacts more people,” she explains.

According to Al Monitor, Ali’s story is one of many for darker-skinned Africans. A young call center worker, Dina Ahmed, told the publication that she’d been called derogatory names like “samara” which is akin to “blackie” in Arabic. She added, “I believe that the Egyptian media has played a major role in fostering the culture of discrimination against black people in Egypt. In movies, usually the doorkeeper or the housemaid or the driver working for a rich family is black or from Nubian origins. So people started to look down on them.”

Black American women who’ve lived in Egypt share similar horror stories too. A teacher who works at an international school in Cairo told Cairo Scene, “There’s nothing like walking down the street and being called a nigger by someone living here. Being a black woman, you will experience some of the most ignorant, racist comments you will ever hear. I would never recommend coming to Egypt to any black person. What an irony.”

Another experience left the teacher scarred after visiting a popular salon, “I could hear the cleaning lady laughing and saying racist things while looking at me with disgust. Being Black here can be a nightmare.”

As for Ali, she’s moved to Dahab, a small town south of Cairo where she says the level of harassment is significantly less. She’s enjoying the serenity and safe settings of the town.

‘The Look In Your Eyes’: Tia Mowry-Hardrict’s Throwback Pic with Cory Hardrict Gives Fans All the Feels