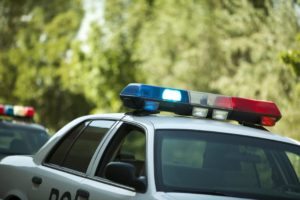 Ex-Edgewater Police Sgt. Matthew Snyder and William Weatherell were behind the racist messages, The Daytona Beach News-Journal reported, with both resigning on Oct. 11 — the same day the internal investigation was launched. Their resignations came nearly a month after they sent a series of texts demeaning Black people’s work ethic and Snyder commenting on the way Black folks twitch when they’re shot.

“Those comments were unacceptable and reprehensible,” Mayor Mike Ignasiak said after being briefed on the matter Thursday morning. ” … That kind of behavior is something we would never condone, not by anybody.”

In one of the messages, Snyder wrote, “THIS JUST IN. NO WORK BOOTs WERE STOLEN IN THE LOOTING,” in reference to a previously shared meme that read “Black Looters Matter.” Weatherell replied by writing, “Because Black people don’t steal things for work.”

“That’s how you starve them,” Snyder continued. “[Hide] their paychecks under their work boots … It’s better when you hit em and watch them twitch.”

“I’m good with that,” Weatherell responded.

Local station Spectrum News 13 reported that screenshots of the messages, some of which also contained the N-word, were turned over to department supervisors during the internal investigation. In an exclusive interview with the station, Snyder said he ultimately resigned from his position because he knew what he did was wrong. He insisted, however, that he’s “in no way, shape or form” a racist.

I spoke to former #edgewater Sgt. Matthew Snyder abt racist comments that led to him and another officer's resignation. Why he tells me he said those things and his apology on @MyNews13 pic.twitter.com/DOiaStAOEW

“There’s nothing I can say or do. There’s no excuse,” he said. “I am not going to be a politician and try to make an excuse when I know it was absolutely wrong, and I take full responsibility for it. (In) no way, shape or form am I a racist I belong to United Church of Christ. I hope they’re OK with me saying that. It’s an open and affirming church…. I’m not going to do the ‘oh, I have Black friends’ type of thing, you know. [But] I do have Black friends. I have friends of all minorities, all races, all everything.”

The department’s investigation determined that both Snyder and Weatherell had violated two provisions of the agency’s code of conduct. Those included engaging in conduct that damaged public respect and confidence in the department and making derogatory ethnic remarks.

The internal affairs probe also showed that the group text chat was actually between four Edgewater police officers. Two of the other cops was questioned but not disciplined for their involvement.

Cynthia Slater, president of the Daytona Beach branch of the NAACP, lauded the mayor and police chief for reacting “swiftly” and demanding the resignations of both officers.

“These officers’ words were filled with hatred for black people and their behavior is totally unacceptable,” Slater told the News-Journal. Caught on Camera: The Way These Chicago Cops Decided to Turn This Suspect Into a Hunting Trophy Is Beyond Disgusting