Migrants and refugees from sub-Saharan Africa are being bought and sold in open-air markets in Libya for as little as $400 (Photo: AFP).

African people are again being sold into slavery in Libya. The revelation that smugglers are buying and selling Black migrants in open-air slave markets in the North African country is a reminder of the Arab role in the enslavement of African people in the last fourteen centuries.

The Number of People Enslaved

The number of people enslaved by Muslims has been a hotly debated topic. Some historians estimate that between A.D. 650 and 1900, 10 to 20 million people were enslaved by Arab slave traders. Others believe over 20 million enslaved Africans alone had been delivered through the trans-Sahara route to the Islamic world.

Dr. John Alembellah Azumah in his 2001 book, The Legacy of Arab-Islam in Africa estimates that over 80 million Black people more died en route. 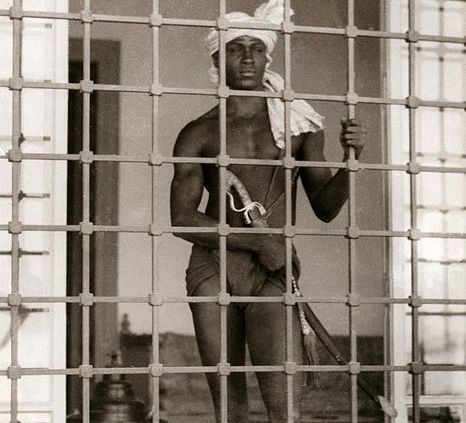 The Arab slave trade typically dealt in the sale of castrated male slaves. Black boys between the age of 8 and 12 had their scrotum and penis completely amputated to prevent them from reproducing. About six of out of every 10 boys bled to death during the procedure.  However, the high price Arabs paid for eunuchs on the slave market made the practice profitable.

Some men were castrated to be eunuchs in domestic service and the practice of neutering male slaves was not limited to only Black males. “The calipha in Baghdad at the beginning of the 10th Century had 7,000 black eunuchs and 4,000 white eunuchs in his palace,” writes author Ronald Segal in his 2002 book, Islam’s Black Slaves: The Other Black Diaspora.