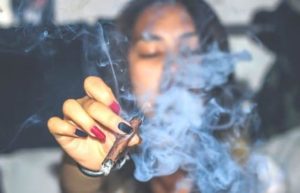 So far, eight states and the District of Columbia have legalized recreational use of marijuana. But, a new study suggests that pot legalization could give impressionable teens the false idea that using weed is harmless to their health.

According to the report out of the University of California, Davis, fewer teenagers in Washington and Colorado viewed marijuana as risky to their health after voters in both states approved recreational use of the drug in 2012. Moreover, the report indicated that Washington has seen an uptick in recreational marijuana use among 8th- and 10th-graders following legalization there.

“With legalization, marijuana use became less stigmatized and adolescents were more likely to use it,” said study author Magdalena Cerda, who also works as an epidemiologist with the University of California, Davis, Violence Prevention Research Program.

Washington and Colorado became the first states in the U.S. to legalize recreational use of the popular drug, and six others — Alaska, California, Maine, Massachusetts, Nevada and Oregon, as well as D.C. — voted to do the same in this year’s election. Twenty other states have legal medical marijuana use statues in place, as well.

UPI.com reported that Cerda and her colleagues analyzed pages and pages of federal survey data to determine whether pot legalization had any affect on perceptions of risk and marijuana use among marijuana use 8th-, 10th- and 12th-graders in Colorado and Washington. Close to 254,000 students took part in the survey, funded by the U.S. National Institute on Drug Abuse, between 2010 and 2016.

The report found that students’ perceptions of the harmfulness of “Mary Jane” took a nosedive in Washington after the state legalized it in 2012. The perception of riskiness among 8th- and 10th-graders fell 14 percent and 16 percent, respectively. In addition, almost 61 percent of 8th-graders and 47 percent of 10th-graders in the Evergreen State viewed marijuana as greatly or moderately harmful to health in 2013-2015, compared to 75 percent and 63 percent of students between 2010 and 2012.

The changes were less dramatic among teenagers in Colorado. The study revealed that students’ perceptions of marijuana’s harmfulness had also decreased but only by a few percentage points: 3 percent for the state’s 8th-graders and 11 percent for 10th-graders. However, weed use among 8th-grade teens didn’t change, as 9 percent of students surveyed indicated that they’d used the drug in the past month. In contrast, pot use among Colorado’s 10th-graders dropped from 17 percent to 13.5 percent.

Cerda noted that the results from Colorado might have differed from Washington’s because the state had already embraced marijuana back when it had only been approved for medicinal use.

“There was a more robust commercialization effort around medical marijuana prior to recreational marijuana being legalized,” she explained. “That might have contributed to the fact that even before marijuana was legalized, the use was already quite high and the perceived harm was quite low.”

Mitch Earleywine, member of the National Organization for the Reform of Marijuana Laws’ advisory board, was also quick to point that teens’ perceptions of pot’s riskiness decreased (5 percent among 8th-graders and 7 percent among 10th-graders) even in states that had not legalized recreational use of the drug.

“I’d like to encourage everyone to continue to send the empirically supported message that recreational cannabis use early in life is bad for brain development, just like binge drinking, restrictive dieting and head injury,” said Earleywine, a supporter of marijuana law reform. “Let’s use tax dollars generated from the new market to help spread the word.”

According to the U.S. National Institute on Drug Abuse, pot use, especially in the early teen years, can have profound affects on areas of the brain that control judgement, coordination, learning and memory. Long-term use of the drug also can lead to impaired brain development and lowered IQ.