A new youth exchange scheme known as the German-African Youth Initiative (Deutsch-Afrikanische Jugendinitiative — DAJ) was launched in Bonn on Thursday by German Development Minister Gerd Müller and the Commissioner for Human Resources, Science and Technology at the African Union Martial De-Paul Ikounga.

Dirke Köpp, head of DW‘s French for Africa service, spoke to the minister about his hopes for the new scheme.

DW: There are already a number of exchange schemes between Germany and Africa in existence. What can be expected to change in concrete terms with this German-African youth initiative?

Gerd Müller: We don’t know enough about one another. We must bring the youth of Germany, Europe and Africa together. Africa is a continent which is a hundred times bigger than Germany. It has 3,000 languages, an unbelievable diversity in culture, ethnic groups and scenery. I would like to encourage Germany’s younger generation to take a closer interest in the continent.

DW: Let us suppose I’m a 16-year-old school student from Benin and I would like to come to Germany on this youth initiative. What would I have to do?

Gerd Müller: We are launching this scheme together with three African states, one of which is Benin. There is a selection procedure to go through and then the young people come to Germany. German teenagers and young adults will also visit the African partner countries. I would like, of course, to expand the program to include more African countries, but for that I would need the backing of individual German municipalities. Their umbrella organization — the convention of municipalities [Deutscher Städtetag] — has already assured me of its support. I expect the number of partnerships to climb from 300 to 1,000. We also want to get the German federal states involved. North Rhine Westphalia has had a partnership agreement with Ghana for some time; the same applies to the Rhineland Palatinate and Rwanda. We expect this latest project to have a growing impact. 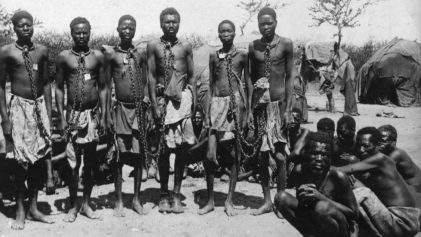