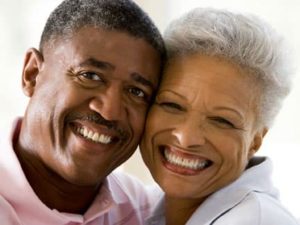 Black Americans are closing the gap on life expectancy.

The average Black person in the U.S. can expect to live 75.6 years — that is just 3.4 years less than whites and the smallest gap on record, according to the latest data released by the Centers for Disease Control and Prevention, The New York Times reports.

Unequal access to healthcare, racism in the medical industry and poor nutrition habits have all traditionally played a role in lower life expectancy rates for African-Americans. These issues continue to be a problem for the community, but significant decreases in teen births, often resulting in infant death and suicides — Black men were the only group to see a drop in suicide rates from 1999 to 2014 — have effectively raised rates in the last decade.

“Blacks are catching up,” University of Pennsylvania demographer Samuel Preston told the Times. “The gap is now the narrowest it has been since the beginning of the 20th century, and that’s really good news.”

Increased opioid usage in younger and middle-aged whites has led to an epidemic of overdoses. A report by Anne Case and Angus Deaton, economists from Princeton University, revealed that the death rate for middle-aged whites has steadily increased since 1999 as a result of ailments associated with drug and alcohol addiction: chronic liver disease, suicide and prescription medication abuse. Case and Deaton found that rates were highest among whites with a high school education or less.

And Blacks continue to receive sub-par care in all medical institutions, for all medical conditions.

The Institute of Medicine’s infamous Unequal Treatment: Confronting Racial and Ethnic Disparities in Healthcare paper gave truth to what many African-Americans had suspected all along: quality of care heavily depends on skin color. Among the findings, Black people were less likely to receive kidney dialysis and transplants or undergo bypass surgery for cardiac diseases and more likely to receive more invasive medical procedures such as amputations of the lower limbs for diabetes.

Earlier this year, a University of Virginia study exposed the shocking racial biases of medical students. Atlanta Black Star reported that Black patients are consistently under-treated for pain in comparison to white patients.

However, an interesting study of U.S. Department of Veteran Affairs patients found that when Black patients received the same level of care as whites, Blacks did better. Atlanta Black Star reported on the study that blindsided researchers at UC Irvine.

“We thought we were going to show they do the same if the same care is offered to both groups,” senior author Dr. Kamyar Kalantar-Zadeh told the Los Angeles Times. “But we found Blacks do even better.”

The annual mortality rate for Black men was 22.5 per 1,000, compared to 31.9 per 1,000 for white men. The study’s Black men and women were 37 percent less likely than whites to develop heart disease, and there was no difference in the rate of strokes across racial groups.

The findings, published in Circulation, point to the need for serious reform in the U.S. medical system.