A high school teacher in Minnesota was suspended for posts on social media that were deemed racist by Black Lives Matter activists, amid calls for the resignation of the school superintendent. This, as the larger issue looms of how to provide a safe learning environment for students and teachers.

In St. Paul, Minnesota, Theodore “Theo” Olson, a special education teacher at Como Park High School, was placed on administrative leave in early March, following two Facebook posts he authored on the lack of school support in student discipline in the schools, as Fox News reported.

Olson reportedly wrote on Facebook: “Anyone care to explain to me the school-to-prison pipeline my colleagues and I have somehow created, or perpetuated, or not done enough to interrupt? Because if you can’t prove it, the campaigns you’ve waged to deconstruct adult authority in my building by enabling student misconduct, you seriously owe us real teachers an apology. Actually, an apology won’t cut it.”

“Phones and iPad devices, used for social media and gaming,” Olson added. “There have always been rules for ‘devices,’ and defined levels of misconduct. Since we now have no backup, no functional location to send kids who won’t quit gaming, setting up fights, selling drugs, whoring trains, or cyber bullying, we’re screwed, just designing our own classroom rules.”

According to the Star Tribune, Black Lives Matter St. Paul had demanded Olson’s firing for his portrayal of students as drug dealers and gang members.  In addition, the group had threatened a “shut-down action” if the teacher remained on the job.  Rashad Turner, a leader with Black Lives Matter St. Paul who unsuccessfully ran for the St. Paul school board last November, described Olson on Facebook as “an example of a white supremacist teacher.”

Olson is apparently receiving support from teachers and parents who believe the teacher was was given a raw deal, though the insensitivity and ignorance of his remarks should cause us to pause, reflect and demand better.

“He was complaining about not getting help in the teachers’ contract for dealing with a small number of students who are making it hard for everyone — students and teachers alike,” wrote Karen Nelson Olson, the teacher’s wife, on Turner’s page. “We are crying and shaking here at home.”

A MoveOn.org petition calls for the resignation of St. Paul Superintendent Valeria Silva.  As of March 22, the petition received 1,653 signatures of the 2,000 needed.

“This petition has been started because the current incumbent Valeria Silva has constantly demonstrated her inability to drive improvements in local St Paul schools,” the petition reads.  “Her inability to make changes to benefit the teachers and students include, but are not limited to, rapid increase in violence towards students and teachers; the lack of support for teachers; the removal of disciplinary actions for violent students, and the lack of transparency between her and protagonists such as Rashad Turner,” the petition says.

Meanwhile, according to City Paper, last week when Olson was placed on administrative leave, technology teacher Mark Rawlings suffered a concussion when he hit his head after trying to kick two students out of the classroom. The students were not from his class. One of the students reportedly punched him on the chin, another hit him in the eye, and the teacher struggled with one student in a headlock before he was thrown to the ground. Rawlings was taken to the hospital for treatment of his injuries.

And as In These Times reported in January, the St. Paul teacher’s union threatened a strike over school violence: “Many of the union’s priorities center around prevention strategies for behavior issues, such as increased funding and support for restorative justice practices, and a $100,000 budget for each school in the district, to be dedicated to the development of localized school climate teams, where parents, teachers, and school staff can hammer out behavior strategies together.”

In the midst of reports of violence and a lack of support for teachers in St. Paul, Detroit public school teachers have responded to the unsafe, unsanitary conditions and crumbling infrastructure of their schools by staging “sickout” strikes and even suing their own school district over the deplorable conditions.  In Minnesota, the problems facing teachers and the learning process were further illuminated as Education Minnesota, the Minnesota’s teacher’s union, released a 65-page report on the state’s teacher shortage, and the dearth of teachers of color.

“Since the 1980s, districts around the state have expressed growing concerns about finding and keeping licensed teachers,” the report said. “Substitute teachers are in short supply, and this problem has nearly doubled in size and severity in the past three years. Also, districts report increasing levels of difficulty hiring special education teachers and educators with specialties in math and science.”

The report noted that the student population in Minnesota is becoming more racially diverse.  In 2014, 29 percent of Minnesota’s students were Native American, Asian or Pacific Islander, Black or Latino, yet only 3 percent of Minnesota’s teachers were of color.  Further, 3,500 teachers “lacked the necessary licenses for the subjects and the grade levels taught.” According to MPR News, a report last year from the Minnesota Department of Education found that districts faced difficulties filling teacher positions that involved dealing with students with learning and developmental disabilities, emotional behavior disorders and early-childhood special education. 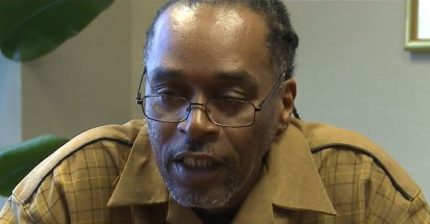