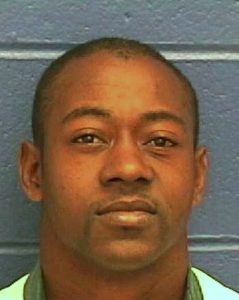 The U.S. Supreme Court on Monday heard oral arguments related to a Georgia case that sustained a Black man’s death sentence despite the prosecutor purportedly discriminating against Black jurors.

In 1987, an all-white jury convicted Timothy Foster, then 19, for killing a retired white schoolteacher in Rome, Ga. Foster appealed the decision, arguing that prosecutors illegally struck four qualified Black jurors, but Georgia’s courts have upheld the decision. Now it’s up to the high court to decide whether it was permissible to allow prosecutors to oust Blacks from the jury.

Prosecution and defense lawyers are allowed to eliminate a select number of jurors without explanation, but this practice has long resulted in the removal of qualified Blacks from juries. When juries lack Blacks, African-Americans are more likely to be convicted and face stiff sentences such as the death penalty.

The prosecutor in the Foster case removed all eligible African-American jurors just a year after the Supreme Court ruled in Batson v. Kentucky that prosecutors must be able to come up with a reason unrelated to race to strike jurors if the defense can spot a pattern of race-based elimination. The prosecutor in the Foster case devised a list of nonracial reasons to justify striking Black jurors, but the reasons didn’t make much sense. One African-American was removed, for example, for being too close to Foster’s age even though she was 15 years his senior and a white juror just two years older than Foster remained on the jury.

In 2006, the defense unearthed the prosecution’s jury selection notes, discovering that a “B” (for Black) had been written by each would-be African-American juror’s name. The notes also show that the African-Americans had been scrutinized more than their white counterparts and compared to each other should it come “down to having to pick one of the Black jurors.” Foster’s attorney, Stephen Bright, said that prosecutors in Rome had been eliminating Blacks from juries for years.

“In this case we have an arsenal of smoking guns,” Bright said, according to NPR. “If the courts are going to ignore this kind of discrimination, or if they’re going to say if there’s one plausible reason out of a whole laundry list of reasons that are given, it’s going to mean that there’s no protection against racial discrimination in jury selection. And this is rampant — rampant in this country.”

The report highlighted the specious reasons Blacks have been struck from juries, including their eyesight, gait or hair color. Some district attorney’s even teach prosecutors to exclude Blacks from juries without making their motives clear.

“In some communities, the exclusion of African Americans from juries is extreme. For example, in Houston County, Ala., eight out of 10 African Americans qualified for jury service have been struck by prosecutors from death penalty cases. In Jefferson Parish, La., there is no effective African American representation on the jury in 80 percent of criminal trials,” the EJI reported.

Members of the Supreme Court posed a number of questions to Georgia Deputy Attorney General Beth Burton to gauge whether racial bias influenced the jury strikes in the Foster case. The justices responded skeptically when Burton said the prosecutor struck Black jurors for race-neutral reasons.

“I think any reasonable person looking at this would say the prosecutor’s purpose was to discriminate on the basis of race,” Justice Stephen Breyer told Burton.

The Supreme Court will likely make a ruling in this case later in the court term.