The 3rd India-African Forum Summit in New Delhi from Oct. 26-29 is generating some hype among the Indian and international media, but the same excitement is missing from the African landscape. Even in the African think tank community, the response to the summit seems to be muted, except for a few organisations in South Africa and Kenya which have produced analytical commentaries in the run-up to the event.

Considering that this is one of the largest gatherings of African leaders and governments in India’s capital, why is the excitement not escalating among mainstream African media, academia, and think tanks? This is even more a question because South Africa will co-host the 6th Forum on China-Africa Cooperation in early December—and summits with two of Africa’s main trading and development partners in the same year make it even more important for the African voice to be heard. Sadly, this voice is rather faint at the moment.

Have African governments or even civil society sought, in any way, to define their expectations of the summit in New Delhi? A preliminary mapping of African media on the internet shows few commentaries about the summit. Neither does it look like many African analysts are being asked to provide insights to the Indian and international media about their perspective on the summit. The bulk of the analysis is informed by an Indian viewpoint.

With such a dearth of views from the African side, it is difficult to determine what Africa expects from the summit, or if the 51-plus African leaders and governments that will be attending have a broad strategic game-plan. It is also not clear to what extent the African participants will be speaking in one voice at the summit. Instead, the African side appears to be attending merely as guests who have not defined what they want to achieve in their engagement with India.

One thought on “The 3rd India-African Forum Summit Draws Excitement from Indians and International Media, Falls Flat for Africans” 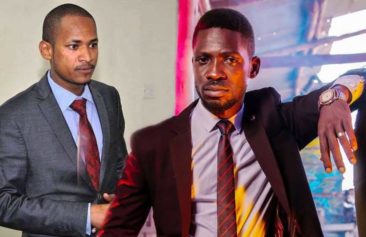 Crowdfunding Platforms in Africa on the Rise, Over $32.3M Raised in 2015