Florida may have the seventh-highest count of lynchings, but experts are quick to point out that the Southern state was just as violent as other more top-ranking states when it comes to lynching Black citizens. There were 282 reported lynchings in Florida that killed 257 Black people, but reports indicate that that isn’t the full story. “Florida has long been thought to be less violent than other Southern states, where the number of lynchings was believed to be as much as twice as large,” a 1993 article by the Orlando Sentinel explains. “Now, a sweeping new study of lynching in the South has found that blacks were more likely to be lynched in Florida than in any other state.” The study conducted by Georgia-based professor Dr. E.M. Beck and University of New York at Albany’s Stewart Tolnay, revealed that Florida’s smaller population of Black people at the time caused the lower number of lynchings. According to the report, however, Florida has one of the highest per capita percentages of Black lynching victims. For every 1,250 Black people in Florida between 1882 to 1930, one was lynched. This is seven times higher than the rate for North Carolina and almost twice the rate that was in Georgia. 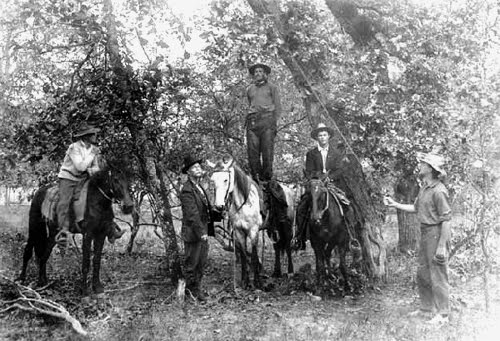 Tennessee had 251 confirmed lynchings that led to the deaths of at least 204 Black people. According to “The Tennessee Encyclopedia of History and Culture”, most of the lynchings occurred in the west and middle regions of the state. Lynchings took place in 70 counties throughout the state, with most happening in Shelby County. At one point, six men were lynched in the county at the same time on false accusations of arson. Like many other states that supported “white mob justice,” newspapers in the state used a celebratory tone when disseminating news about the deaths of Black lynching victims. The Memphis Press even described the burning of one Black prisoner, Henry Lowery, as an “outstanding lynch success.”