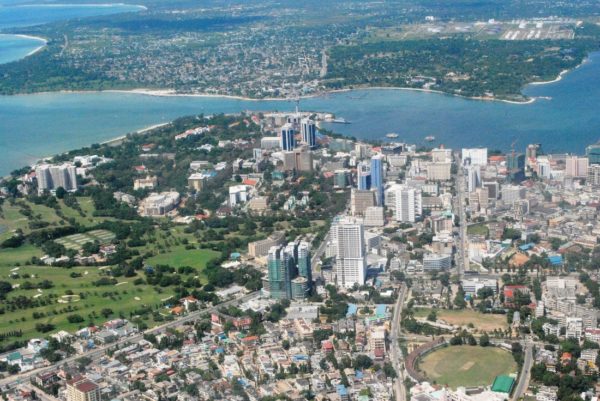 Dar es Salaam is a rapidly growing city, from the new infrastructural projects to its population. With an annual population increase of over 3 percent each year, it’s Tanzania’s largest city, the third fastest-growing city in Africa – and one of the fastest in the world. It also has a large expatriate community.

Though no longer the country’s capital, Dar es Salaam and remains the country’s political and economic hub. There has been great investment in education here with an extensive programs to provide free primary schooling, efforts that were lauded by international bodies when enrollment rates reached over 90 percent.

The city is also home to the largest and oldest public university in Tanzania, the University of Dar es Salaam, which recently celebrated its 50-year anniversary and has seen a sharp increase in the number of registered students. It is also the location of  the Institute of Technology (DIT), one of the leading institutions providing technical training in the region. There are plans to revamp the neglected railway transport network and large investments have been made over the past five years to improve the city’s roads, making travel more efficient.

Situated close to the equator, the city enjoys tropical conditions for most of the year. Though Dar es Salaam has its own magnificent beaches (including many exclusive resorts), the island of Zanzibar is just a short ferry ride away. Belize is a land of few cars, abundant fresh food from the sea and the trees, and great natural beauty. From its secluded beaches to its steamy rain forests, Belize is a country of diverse natural beauty. It’s true that Belize is no longer the most affordable place to buy property, but this country has other benefits: economic stability, a stress-free lifestyle, and a cost of living that is good value when compared with the U.S. (or even other Caribbean destinations). It’s pretty easy to immigrate to Belize, since immigration policies are friendly, the locals speak English, and it takes about two hours to fly there from Florida.

Property prices vary greatly in Belize from one area to another. They generally are highest in Belize City, on Ambergris Caye, and in Placencia, and lowest in remote rural areas. In large tracts, raw land is available in Belize for under $100 an acre, but access may be poor and surveying costs may exceed the cost of the land itself. Home prices range from under $15,000 for a simple Belizean-style home in a small village to $500,000 or more for a luxury home on the beach in San Pedro. Ambergris Caye in Belize is remarkable for both the authentic island culture and the fully modern resorts that offer real-estate investments.

Tourism is booming and the government incentivizes investment in the country. If your investment benefits the community, then your business may be eligible for significant tax relief for up to 20 years. Belize has a top-flight offshore banking structure. It offers one of the few remaining secure and private locations where you can protect your wealth with confidence.