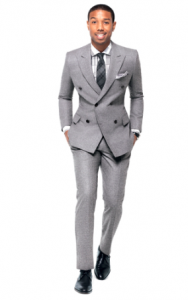 Michael B. Jordan launched into stardom after his breathtaking performance in “Fruitvale Station”, the purportedly true story of Oscar Grant III, a 22-year-old Bay Area resident who was shot and killed by police in 2008. Since then Jordan seems to be everywhere. His newest film, “That Awkward Moment“, was the center of an interview in GLAMOUR magazine with his co-stars Zac Efron and Miles Teller.

The interview focused on the actors’ opinions on the many aspects of intimate relationships. In the interview Jordan shared his thoughts on dating, what he looks for in a woman, and whether or not sex on a first date is a good idea.

Glamour magazine asked the stars, ” So let me ask you the eternal ‘are you going to respect me if we have sex on the first date?’ question.”  Jordan differed from his co-stars Efron and Teller, and said no. The 27-year-old actor, who is single and describes himself as “old school,” said he’s attracted to women with a sense of humor and who are “comfortable in the kitchen.”

In the interview, Jordan also offered some great advice to women aspiring to be in a lasting relationship. “Don’t try too hard. Either you’re the right girl or you’re not.” he said.

Catch the full interview in the latest issue of GLAMOUR.

10 thoughts on “Michael B. Jordan Says He Can’t Respect a Woman Who Has Sex on First Date”