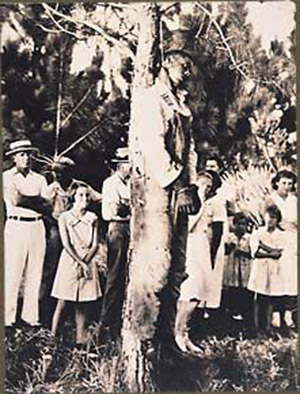 On July 19, 1935, just 78 years ago and 70 years after slavery was abolished in the United States, Rubin Stacy was lynched in Fort Lauderdale, Florida as young white girls, women and men looked on with smiles.

163 thoughts on “12 Real, Graphic and Disturbing Photos of Atrocities From European Imperialism/Domination”