While Europe was experiencing its Dark Ages, a period of intellectual, cultural and economic regression from the sixth to the 13th centuries, Africans were experiencing an almost continent-wide renaissance after the decline of the Nile Valley civilizations of Egypt and Nubia.

The leading civilizations of this African rebirth were the Axum Empire, the Kingdom of Ghana, the Mali Empire, the Songhai Empire, the Ethiopian Empire, the Mossi Kingdoms and the Benin Empire. 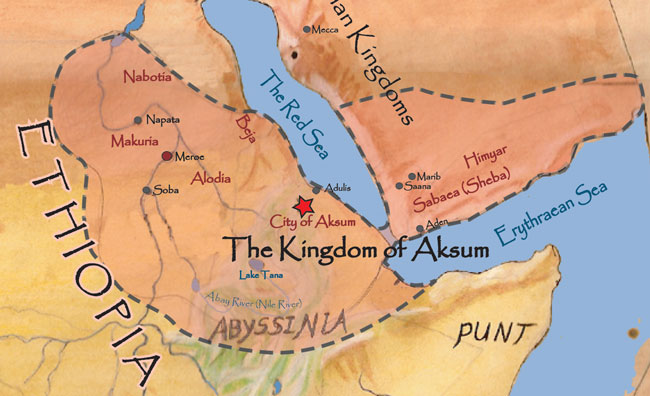 The Aksum or Axum Empire was an important military power and trading nation in the area that is now Eritrea and northern Ethiopia, existing from approximately 100 to 940 A.D.

At its height, it was one of only four major international superpowers of its day along with Persia, Rome and China. Axum controlled northern Ethiopia, Eritrea, northern Sudan, southern Egypt, Djibouti, Western Yemen, and southern Saudi Arabia, totaling 1.25 million square kilometers, almost half the size of India. Axum traded and projected its influence as far as China and India, where coins minted in Axum were discovered in 1990.

Axum was previously thought to have been founded by Semitic-speaking Sabaeans who crossed the Red Sea from South Arabia (modern Yemen) on the basis of Conti Rossini’s theories —but most scholars now agree that when it was founded it was an indigenous African development. 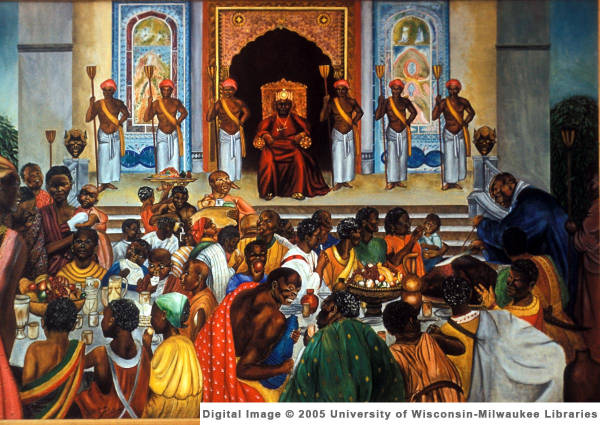 Centered in what is today Senegal and Mauritania, the Kingdom of Ghana dominated West Africa between about 750 and 1078 A.D. Famous to North Africans as the “Land of Gold,” Ghana was said to possess sophisticated methods of administration and taxation, large armies, and a monopoly over notoriously well-concealed gold mines.

The king of the Soninke people who founded Ghana never fully embraced Islam, but good relations with Muslim traders were fostered. Ancient Ghana derived power and wealth from gold and the use of the camel increased the quantity of goods that were transported. One Arab writer, Al-Hamdani, describes Ghana as having the richest gold mines on Earth. Ghana was also a great military power. According to one narrative, the king had at his command 200,000 warriors and an additional 40,000 archers.

137 thoughts on “7 Medieval African Kingdoms Everyone Should Know About”