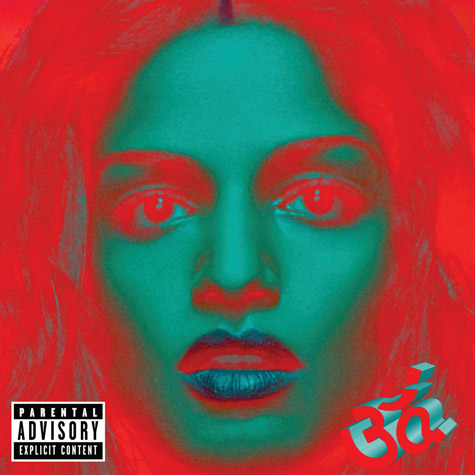 M.I.A.‘s long-awaited album “Matangi” is finally set to be released this Tuesday, and M.I.A. is giving fans a listen before the album drops. The Sri Lankan rapstress has put posted the entire album on Youtube for fans to check it out before buying. According to consequenceofsound.net:

“M.I.A.’s new album, Matangi, is streaming in full ahead of its official release date (November 5th via Interscope). Listen in below via the YouTube player below.

“Her long-awaited fourth studio LP follows 2010′s Maya and spans 15 tracks, including two collaborations with The Weeknd and production from Hit-Boy, Switch, The Partysquad, among others. It is preceded by the singles ‘Bad Girls’ ,’Bring the Noize,’ ‘Come Walk With Me’, and the Drake-challenging ‘Y.A.L.A.'”

It’s been a tedious process to release “Matangi” for M.I.A., who’s been battling with her record label for months now over creative differences about the album and its accompanying documentary. According to billboard.com:

“The road to the album’s release on Interscope has been riddled with delays, and M.I.A. notes that a handful of the songs were recorded ‘a long time ago,’ months before she threatened to leak the album herself in August. ‘In order to lose and find yourself as an artist, you have to abandon your team,’ she says of her mind-set at the time. ‘I went off to do my thing.’

“In fact, she says, ‘Matangi” likely would have been a darker album if not for the push backs — M.I.A. is currently facing a lawsuit from the NFL after she flashed her middle finger while performing with Madonna at the 2012 Super Bowl halftime show, and she’s locked in a custody war with the father of her child, Benjamin Bronfman, son of former Warner Music Group chairman/CEO Edgar Bronfman Jr.”

M.I.A.’s album “Matangi” is scheduled to be released on November 5th. In the meantime check out her live stream below.