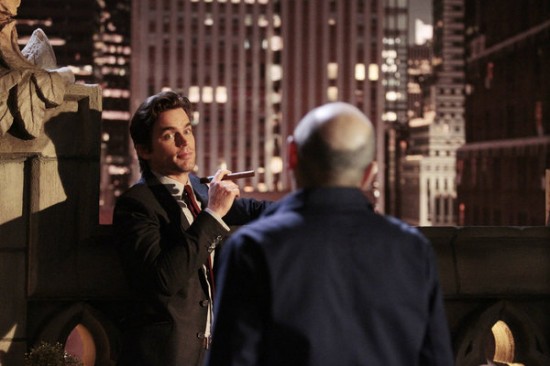 On tonight’s “White Collar” Season 5 Episode 2 “Out of the Frying Pan,” Neal’s loyalty is tested when a lead implicates Mozzie as part of an online black market.

The series is based on the unlikely partnership of a con artist and an FBI agent who have been playing cat and mouse for years. Neal Caffrey (Matt Bomer), a charming criminal mastermind, is finally caught by his nemesis, FBI Agent Peter Burke (Tim DeKay). When Neal escapes from a maximum-security prison to find his long-lost love, Peter nabs him once again. Rather than returning to jail, Neal suggests an alternate plan: He’ll provide his criminal expertise to assist the Feds in catching other elusive criminals in exchange for his eventual freedom. Initially wary, Peter quickly finds that Neal provides insight and intuition that can’t be found on the right side of the law.