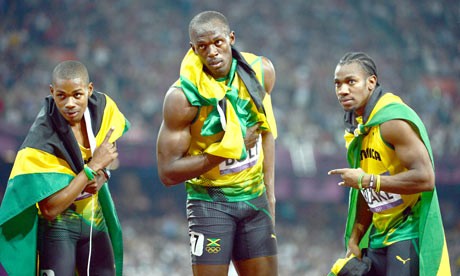 The world’s anti-doping authorities are launching a focused investigation in Jamaica following allegations that the Jamaica Anti-Doping Commission was not testing their own athletes thoroughly.

According to The Associated Press:

“The world’s anti-doping authority is launching an “extraordinary” audit of Jamaica’s drug-testing agency following allegations that its policing of the island’s sprinting superstars led by Usain Bolt all but collapsed in the months before they dazzled at the London Games.”

Since London 2012 though, high-profile Jamaican sprinters including Asafa Powell, Sherone Simpson and Veronica Campbell-Brown have tested positive for banned substances.

Former executive director of the Jamaican Anti-Doping Commission, Renee Anne Shirley, alleges that athletes were not tested outside of competitions for years leading up to the 2012 Olympics.

“There was a period of — and forgive me if I don’t have the number of months right — but maybe five to six months during the beginning part of 2012 where there was no effective operation,” Shirley told The Gleaner. “No testing. There might have been one or two, but there was no testing. So we were worried about it, obviously.”

Those allegations didn’t go without push back.

A spokesman from the International Association of Athletics Federations insists that Jamaican athletes are not only tested by Jamaican drug testing agencies, but its own out-of-competition testing of the athletes was “robust and comprehensive” with tests carried out at Jamaican training camps.

When questioned how much he gets tested, Usain Bolt replied, “Sometimes they will come like six times in one month and then you won’t see them for two months and then they come three times in one week. So I don’t really keep track. I just get drug tested when I do.”