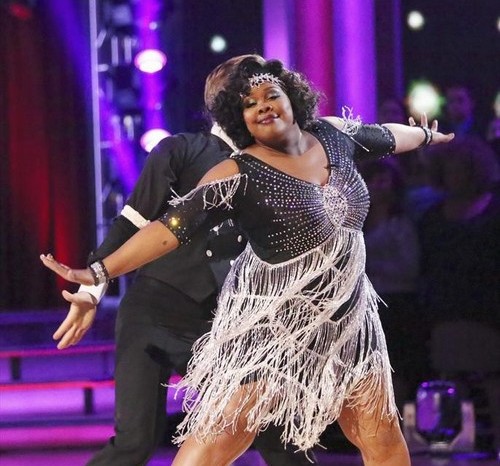 “Dancing with the Stars” Season 17 Episode 5 airs tonight on ABC, where another elimination will occur after the fifth week of performances, which features celebrities dancing to songs that represent a memorable time in their lives and Aloe Blacc singing “Wake Me Up.”

According to the episode’s synopsis:

Each couple will dance to a song of the celebrities choosing that encompasses a memorable time or experience in their life. These heartfelt performances promise to be some of the most intense and emotional of the season. The show will also feature singer Aloe Blacc who will perform his hit song “Wake Me Up,” accompanied by a select group of pro dancers. At the end of the night, one couple will face elimination.

“Dancing with the Stars” is a series that pairs a celebrity with a professional dance partner as they train and then compete in front of a studio audience in a televised dance competition. The pairs will be judged by a panel of experts and also by viewers at home, with one couple being eliminated each week. In each round of competition, each couple will demonstrate how well their training and rehearsing has paid off, by performing a choreographed routine. At the end of each performance, judges will give each couple a score. At the end of the broadcast, viewers will be instructed on how to call in and cast their vote for their favorite couple. In the results show the next day, one couple will be eliminated. Season 13 is shaping up to be hotter than ever with a few new twists to go with all those tangos. New this season is a feature called the “Ballroom Battle”. We’ve seen how well the pros dance and teach, but this season we’ll watch a couple trained by a pro go head-to-head with another pro’s couple.

Tune in to VH1 at 8:00 pm ET to catch “Dancing with the Stars” Season 17 Episode 5 and see if your favorite couple will make the cut. ‘Dancing with the Stars’ Season 17 Episode 2

‘Dancing with the Stars’ Season 17 Premiere