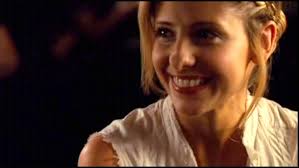 Looks like the former Buffy star has a new role in prime-time. Sarah Michelle Gellar has recently been cast in Robin Williams upcoming CBS comedy Crazy Ones.

The comedy is the work of David E. Kelley, who is known for the beloved long running Ally McBeal, and will take place in an office setting. Gellar will play opposite of Robin Williams as his daughter and the antics they get into in an advertising agency.

Gellar’s character, Sydney Roberts, who has been described as a pretty and competitive woman who spends most of her days being a parent to her own father, Simon Roberts (Robin Williams). Sydney is the creative director at the Roberts and Roberts Advertising Agency and the glue that holds the company together. The show will be produced by 20th Century productions and will be filmed in a single-camera style. Crazy Oneswill be executive produced by Dean Lorney, Bill D’Elia, John Montgomery and Mark Teitelbaum. And on set to direct the pilot episode is Jason Winer, who is best known for Modern Family and 1600 Penn.

Hopefully for Geller this comedy will fare better than her last few. The CW quickly axed her drama Ringer about an evil twin and she stared in a 2009 comedy for HBO that didn’t even make it past the pilot stage.