Miguel’s self-produced slow burner, with its subdued groove and emotive croons, is so different from urban radio offerings of late that it seemed destined to be swallowed by bigger records from better known acts.

But “Adorn” nabbed a spot on the charts — and has stayed there for nearly seven months.

“I remember thinking how crazy would it be if they played this on the radio,” he said of the single that spent four weeks at No. 1. “None of my songs have ever sounded like anything that was going on the radio.”

“Adorn’s” sleeper surprise gave the L.A.-based avant-soul singer, born Miguel Pimentel, his breakout moment and set the tone for his recently released sophomore disc, “Kaleidoscope Dream.” But it also signaled a much bigger change in the genre it came from.

The 25-year-old leads a wave of artists aggressively pulling away from the conventional boundaries of R&B by championing edgier, genre-blending productions while maintaining soulful melodies.

Neglecting the beats that have propelled the genre to the top of the charts over the past decade (be it the bass-heavy hip-hop of a few years ago or the four-on-the-floor Europop of today), Miguel and acts such as Frank Ocean, the Weeknd, Mateo and Dawn Richard are cutting their own versions of alternative R&B.

The new movement feels like the most significant stylistic change in R&B since neo-soul rolled around in the 1990s. It was driven by singer-songwriters such as Erykah Badu, Maxwell, D’Angelo, Lauryn Hill and Jill Scott, who were seen as soul revivalists with debuts that infused jazz, funk and African elements into R&B.

When Miguel arrived in 2010, he offered a hybrid of R&B, funk, hip-hop, dubstep, rock and electronica — which he branded “eclec-tric” — and although his debut disc, “All I Want Is You” spawned minor hits like the sublime “Sure Thing,” his modern take on classic soul was overlooked as an acquired taste. 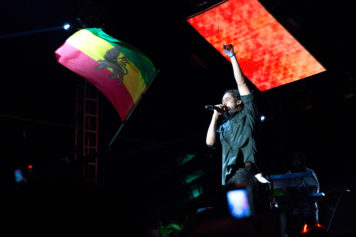