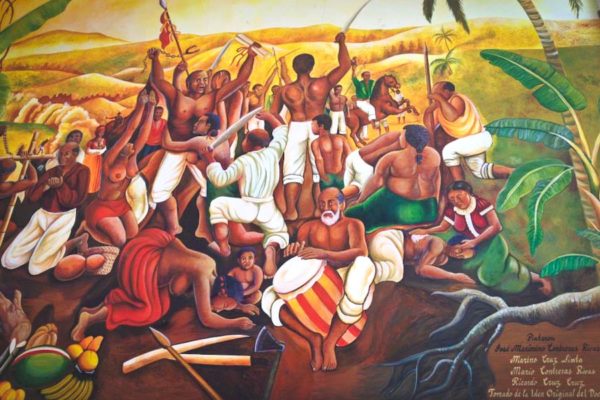 Aftermath of the 1609 Attack

The 1609 battle ended with no clear victor. The Spanish managed to burn down the town, but was unsuccessful in subduing the maroons who alluded them in the surrounding areas and later continued  raids and helping escaped slaves.  After two years, the Spanish were forced to sit down with Yanga to negotiate peace terms. The treaty was signed on Oct 3, 1618 and the  San Lorenzo de los Negros de Cerralvo was establish as an autonomous region for free Blacks. The town remained mostly undisturbed up until modern times when it was renamed Yanga. In 1871, Mexico City Mayor, writer and historian Vicente Riva Palacio proclaimed Yanga a “national hero of Mexico” and El Primer Libertador de las Americas or first American liberator.  The town is now composed of some 22,000 mixed or mestizo people who hold a yearly carnival held every Aug. 10 that celebrates Yanga’s victorious revolution. There is also a statue which was erected in the 1970s that commemorates Yanga’s victory.