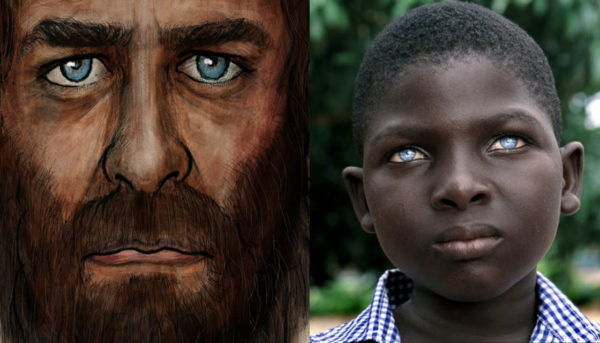 Despite a general belief that white people are the original carriers of the trait of blue eyes, a report by National Geographic reveals the existence of a blue-eyed mummy uncovered by archaeologists working at Peru’s Huaca Pucllana ruins. A team of researchers from Copenhagen University also unveiled that the earliest common ancestor for those with blue eyes was likely a dark-skinned man born as recently as 6,000 to 10,000 years ago in a region near the Black Sea. The boy in the photo above is, perhaps, the best example of a Black African, non-mulatto, non-albino, with blue eyes.