On Tuesday, March 26, Naturi Naughton shared an Instagram photo of herself with her “Power” co-star, who plays street tough Andre Coleman, and many think they might become a couple in the upcoming sixth season. Naughton, of course, plays Tasha St. Patrick, the estranged wife of James St. Patrick aka Ghost, the show’s protagonist. The singer/actress’ comments were flooded with fans wondering if their characters will hook up. 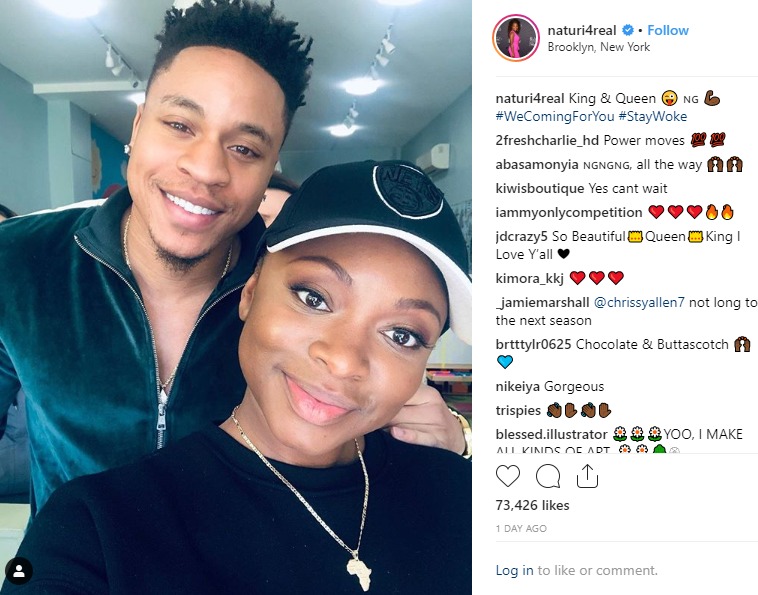 Naturi Naughton (right) and Rotimi (left) sparked rumors that their characters will hook up in the sixth season of “Power.” (Photo: @naturi4real Instagram)

“Tasha, u betta not mess with that Dre next season *in my grandma voice!” another person warned.

Rotimi even hopped in the comments to add fuel to the fire with emojis “😈😘💕.”

He posted the same photo and acknowledged the African continent pendant Naughton had on her neck, since he was born to Nigerian parents. Both actors are also from New Jersey, which is another connection they happen to share.

And the comments under his post were almost identical to Naughton’s, in terms of speculation about their characters possibly hooking up in the new season.

“Ghost better not find out 😱,” someone else commented.

So far fans have been kept in the dark about season 6 after an explosive cliff hanger from the previous season.

The highly anticipated show is set to return this summer, so fans will have to wait until then to see if Dre and Tasha get into some hanky-panky.