The Black lieutenant of the Cincinnati Police Department who’s being sued by two white officers said she’s been the target of racist comments in new court documents.

White officers launched a lawsuit against Lt. Danita Pettis in June, calling her “vindictive and openly racist.” However, Pettis recently hit back in new court filings saying the officers who sued her have displayed “racist, hostile and harassing behavior.”

Attorney Janaya Trotter Bratton, representing Pettis, filed a 10-page response to the lawsuit in a Cincinnati federal court and said the two officers suing her client acted uncivilly toward the lieutenant. She claimed that the officers’ lawsuit against Pettis lacks a sense of seriousness, according to the Cincinnati Enquirer.

“At the end of the day, I think people will see this is a frivolous lawsuit,” said Bratton. 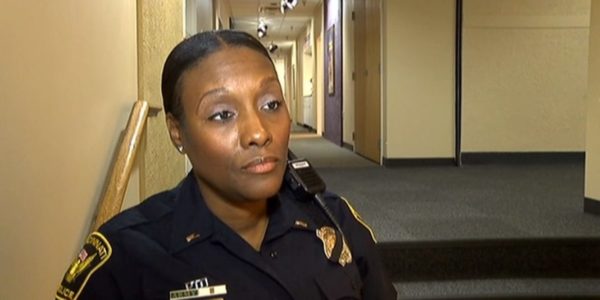 Tamera Brown and Joy Ludgatis, claimed in their lawsuit against Pettis that she allegedly engaged in conduct that could have led to “criminal charges.” They also alleged the police department consisted of “open hostility between officers of different races,” which led to the endangerment of officers.

However, Pettis faulted the police union for the racial tension due to “unequal and/or complete lack of representation and inclusion of Black officers.” She also said she’s experienced more harsh treatment by the police union because she’s Black.

The lieutenant said she’s endured racial language by Ludgatis since the officer was assigned to her in 2015. Pettis later transferred Ludgatis to another department and recommended the officer take up racial sensitivity classes.

“After making several racist and inappropriate comments regarding Black ranking officers, Ludgatis was transferred,” Pettis stated in the lawsuit.

Brown and Ludgatis accused Pettis of “stealing money” from a bank and said the lieutenant was promoted because she was Black. Pettis responded back the to lawsuit allegations by saying she scored second on a test to become a lieutenant. Watch: Cincinnati Cop Comes Under Fire For Instructing Friends and Family How To Deal With White Cops