Leave it to Chris Rock to break down 400 years of American race relations in one incredibly insightful joke.

According to Rock, race relations in America simply don’t exist—and the whole idea of Black progress is a myth.

In an interview with New York Magazine, Rock said “when we talk about race relations in America or racial progress, it’s all nonsense. There are no race relations. White people were crazy. Now they’re not as crazy. To say that black people have made progress would be to say they deserve what happened to them before.”

He went on to describe how it isn’t Black people that need to be progressing.

“To say Obama is progress is saying that he’s the first black person that is qualified to be president,” the I Think I Love My Wife actor told columnist Frank Rich. “That’s not black progress. That’s white progress. There’s been black people qualified to be president for hundreds of years. If you saw Tina Turner and Ike having a lovely breakfast over there, would you say their relationship’s improved? Some people would. But a smart person would go, ‘Oh, he stopped punching her in the face.’ It’s not up to her. Ike and Tina Turner’s relationship has nothing to do with Tina Turner. Nothing. It just doesn’t. The question is, you know, my kids are smart, educated, beautiful, polite children. There have been smart, educated, beautiful, polite black children for hundreds of years. The advantage that my children have is that my children are encountering the nicest white people that America has ever produced. Let’s hope America keeps producing nicer white people.”

Before finishing, the comedian went on to describe the peculiar way racism is seen in today’s society.

“But the thing is, we treat racism in this country like it’s a style that America went through. Like flared legs and lava lamps. Oh, that crazy thing we did. We were hanging black people. We treat it like a fad instead of a disease that eradicates millions of people. You’ve got to get it in a lab, and study it, and see its origins, and see what it’s immune to and what breaks it down.”

97 thoughts on “Chris Rock Explains Why ‘Black Progress’ Is a Myth; The Real Change Is White People Are Less ‘Crazy’” 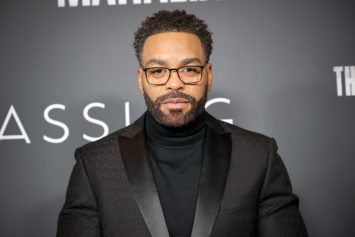