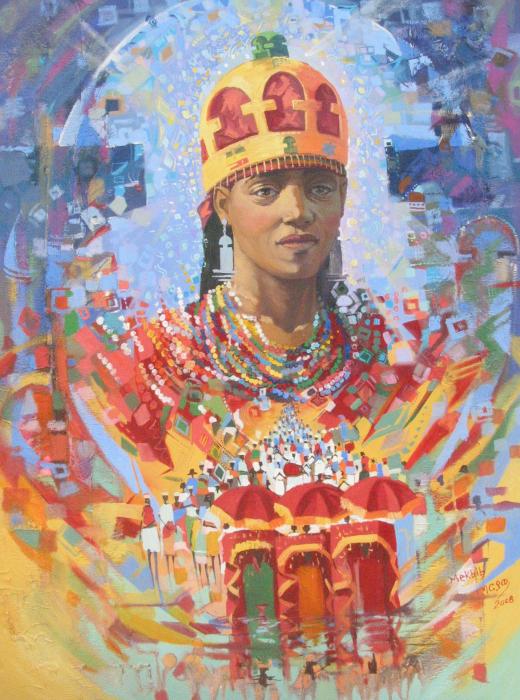 In 960 B.C., the nation that is now called Ethiopia returned to the center of the stage of history. Ethiopia was then represented by a queen, who in some books is referred to as “Makeda” or “Belkis.” She is better known to the world as the queen of Sheba.

In his book “World’s Great Men of Color,” J.A. Rogers gives this description: “Out of the mists of 3,000 years, emerges this beautiful story of an African queen who, attracted by the fame of a Judean monarch, made a long journey to see him.”

The queen of Sheba is said to have undertaken a long and difficult journey to Jerusalem to learn from the wisdom of the great King Solomon.

Makeda and King Solomon were equally impressed with each other. Out of their relationship was born a son, Menelik I. This queen is said to have reigned over Sheba and Arabia as well as Ethiopia. The queen of Sheba’s capital was Debra Makeda, which she built for herself.

In Ethiopia’s church of Aksum, there is a copy of what is said to be one of the Tables of Law that Solomon gave to Menelik I.

The story of the queen of Sheba is deeply cherished in Ethiopia, as part of the national heritage. This African queen is mentioned in two holy books, the Bible and the Quran.