In 2011, American actress Kristin Davis of “Sex and the City” fame, adopted a daughter, Gemma Rose from an agency in Los Angeles, California, where they both currently live. 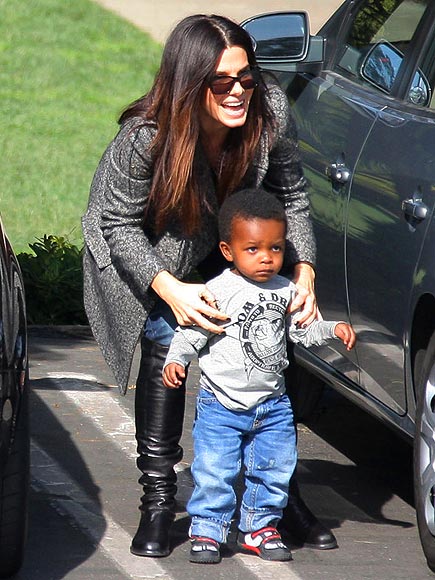 In April 28, 2010, actress Sandra Bullock adopted Louis Bardo Bullock who was born in January of that same year in New Orleans.  After divorcing husband Jesse James, Bullock continued to care for Louis as a single parent.

Madonna’s New Appearance Shocks 50 Cent: ‘What the F— is Going on’